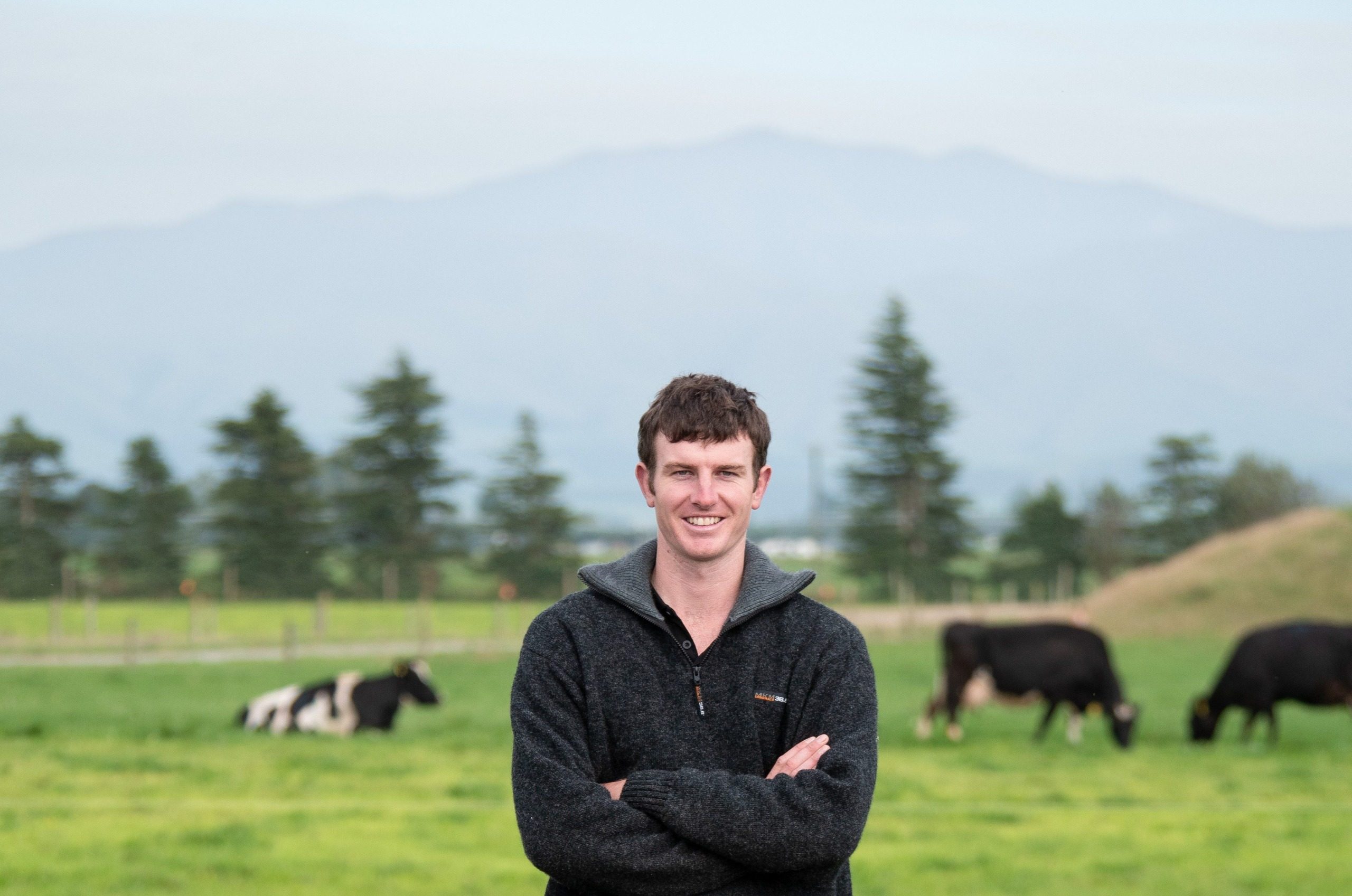 Peter O’Connor has been farming from before he could even walk – propped up in the backpack while his Mum, Kate or Dad, Johno worked on the family’s Westport farm.

He’s fair running on his own two feet now, filling every day to the brim, in a job and sector he’s full of enthusiasm and energy for.

At just 23 he’s already 2IC on a 900-cow farm working for contract milkers Steve and Rosie Ketter on a property owned by Leighton and Michelle Pye near Mayfield in Mid-Canterbury. And in a few short months he’s stepping up to manager for the Ketters when they expand their business to include a 400-cow 50/50 sharemilking job near Lauriston.

For Peter, the shift to the Lauriston job and the new responsibilities will help build his skills and experience taking him a few steps closer to his ultimate goal of owning a farm himself.

He’s hoping that taking out the Canterbury/North Otago dairy trainee of the year title will also help build contacts and skills to help him in his quest. So too might his recent third place in the Aorangi Young Farmers regional competition. 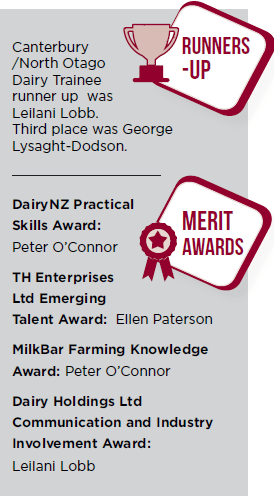 It’s been a busy few months.

Peter says he always knew he wanted to go dairying – it’s in his DNA.

So when he left St Bede’s College it was a natural step to go on to Lincoln University where he completed a Bachelor of Agricultural Science with honours.

His honours project was carried out on the West Coast Monitor Farms analysing data on farm system changes.

At the end of his final year, he worked over the summer for Temuka-based contractors Central Feeds, owned by Leighton and Michelle Pye and Ken and Cushla Caird.

It was while Leighton was in the cab of a ute Peter was driving and a general conversation over Peter’s plans for the near future, that Leighton suggested the Ketters were looking for someone as a 2IC.

After an interview Peter landed the job at the start of this season.

Peter says it’s been a huge season with plenty to learn and he’s loved it.

He’s on a fast track with the step up to manager this coming season and is finding his involvement in the Grassroots Dairy Graduate Management Programme is providing skills he’ll need in the new role.

The programme was set up by a group of Canterbury farmers including Tony Dodunski and aims to build graduates’ skills in a whole range of aspects so they can quickly step into leadership roles.

Skills such as financial management, environmental compliance, growing equity, managing risk, the 72 rule of compounding returns, using technology onfarm, pasture and feed management and the all-important people management are all included in the programme.

He’s open to all options for progression in the sector to help him achieve his farm ownership goals and is excited about opportunities in the future.