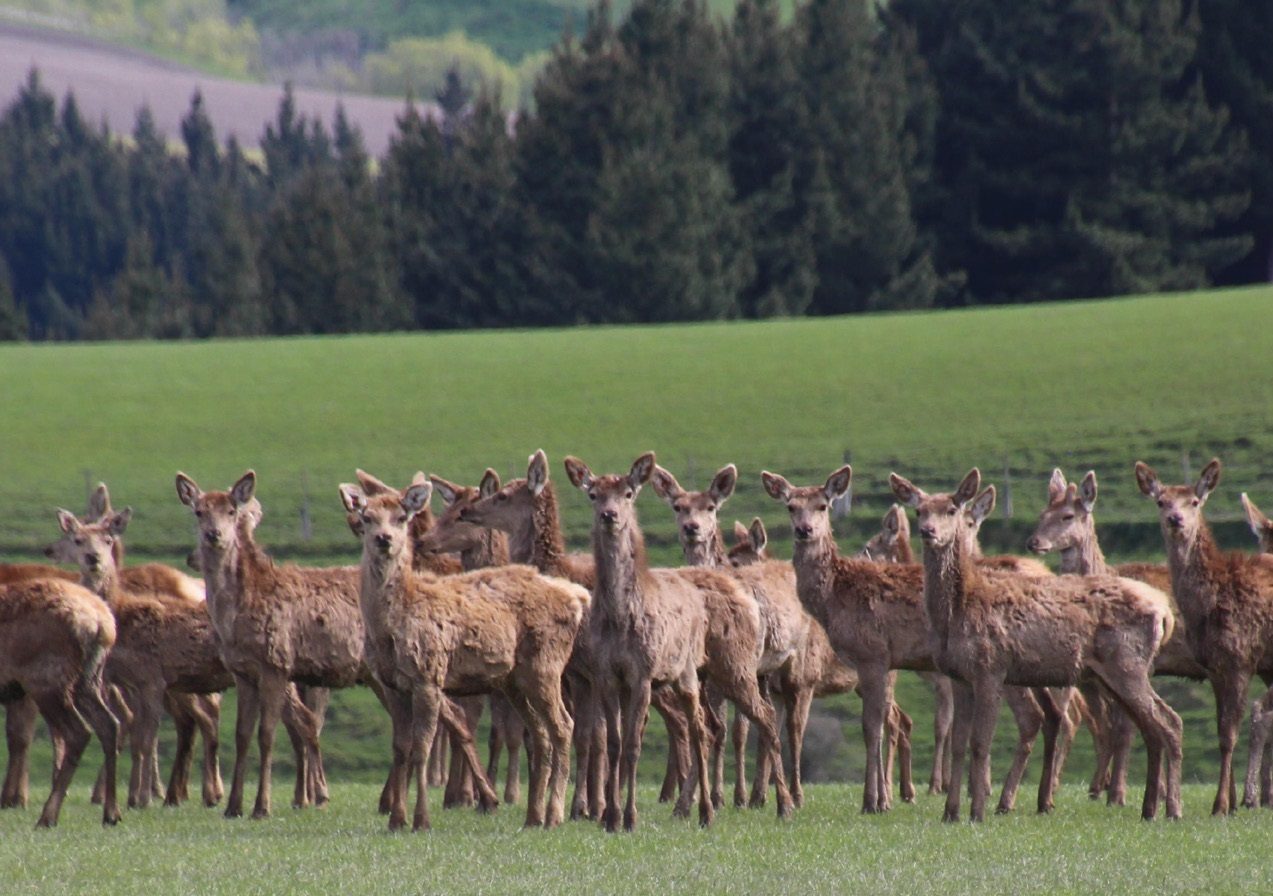 The 2019 Silver Fern Farms Plate to Pasture Award winners Maurice and Renee Judson credit the use of stags with high breed values for weight at 12 months (W12EBV) for improved weaner production.

The Judsons manage Wistaria Company’s 1700-hectare South Otago rolling to steep sheep, deer and cattle farm at Awamungu, near Balclutha. The Plate to Pasture Award recognises SFF suppliers who consistently deliver quality stock and operate a farming system consistent with the needs and expectations of consumers. The Judsons’ national accolade followed their claiming of the Lower South Island Regional Award for venison production.

Venison production from weaners has increased from 150kg/ha to 162kg/ha, and carcaseweight average by 7kg over the last seven years. The rise is due largely to an AI programme to breed high-growth maternal stags and progeny. It’s an annual $22,000 investment that is returning on several levels.

The most significant payback is the shift in the timing of the weaner kill with most now processed during the premium-paying Spring season.

“We used to kill 40 to 50% before Christmas at lighter weights but now we’re killing 75% before mid-December and at heavier weights,” Maurice says.

Aside from the extra kilograms of venison out the gate the other payback is the guarantee of high genetic merit stags and replacement hinds.

The use of AI for genetic gain has always interested Maurice who had previous experience working on several sheep studs in Otago and Canterbury. On stepping into the South Otago farm management role in 2007 he could see the potential of AI to upsize the modestly sized 90 to 105kg Red hinds.

“There’s a saying along the lines that you can’t breed rats from mice, and I could see the potential to change that by using AI and sires with high growth rate breeding values.”

The AI programme, started in 2010 is based on the selection from DeerSelect of two Eastern European sires from separate bloodlines, with high breed values for weight at 12 months (W12EBV).

The semen is used to AI 100 hinds which typically results in a conception average of 80%. The 80 offspring are weight-recorded eight times over the first year and the top-performing 12 spikers are DNA parent tested. They are mated to the AI yearling hinds that weigh 100kg and heavier, and the top two spikers from each family line kept as breeding stags for the elite hind herd.

Maurice says they’ve maxed out the genetic-based growth potential of the deer. The liveweight of some hinds is edging toward 130kg which he wants to peg back to a 125kg average in order to maintain reproductive efficiency.

“We aim to get our first calving hinds to 80% of their mature body weight by mating. If we’re producing a mature hind of 130kg that means we need to grow our yearlings to 105kg by mating, which puts too much pressure on feeding and our system.”

Further growth gains in weaners will now be feed rather than genetics based. That’s led to the establishment of more legume-based pastures to provide higher protein feed and offset the amount of applied nitrogen. An example of the legumes being trialled is an experimental 40ha of sub-clover sown in March on the drier north-west facing slopes.

“It’s a work in progress but the theory is it should give us high quality earlier growth because it grows in lower temperatures.”

Another change is the move from the break feeding to set stocking of winter brassica crops to better suit a deer’s natural tendency to pick and browse. The 18ha area of swedes and kale is equally divided for mobs of hinds and weaners. The mobs are fed on half or third-sized paddock breaks with supplements of balage. Typically, a mob of 300 weaners gets three weeks grazing on a half paddock with supplements of balage, although this year one mob grazed 5ha for 60 days.

The change to set stocking has made it easier on staff and deer, Also the larger breaks means there’s less pugging and sediment run-off.

“We were always out there shifting breaks and the deer were prone to breaking out. We’ve found they’re less stressed and although growth isn’t great over winter, it’s improved.”

The winter feeding of weaners runs from June 1 until the first week of August when they are rotated around saved pasture. The first weaners are drafted off in the last week of October and about 75% are away by December 10. The remainder are carried through until February.

The AI breeding programme will continue but the focus will shift from early growth rates to other venison production enhancing traits such as eye muscle area, parasite resistance and mature hind size.

Science-backed decisions and action, such as the use of breed values for genetic improvement, typifies the farming approach of the Judsons and farm owner Dr David Ivory.

Ivory, a plant physiologist, is largely responsible for the planning and analytical side of things, whereas Maurice and Renee follow through with the on-farm action.

“David is very supportive and has that scientist slant and approach to things, whereas we’re the ones who put the plans into action so we’re a good match.”

Also, regular communication – despite Ivory’s home base in Thailand – as well as excellent systems and well-understood policies keep everyone tracking in the same direction.

The main financial measure of success is GFI/ha which for the deer operation has increased to $1490/ha.

The overall farming goal is to consistently perform within the top 25% as measured by local accountants Shand Thompson’s annual farm survey.

“The deer and cattle performance are well within the top 25%, and the sheep aren’t far off,” Maurice says.