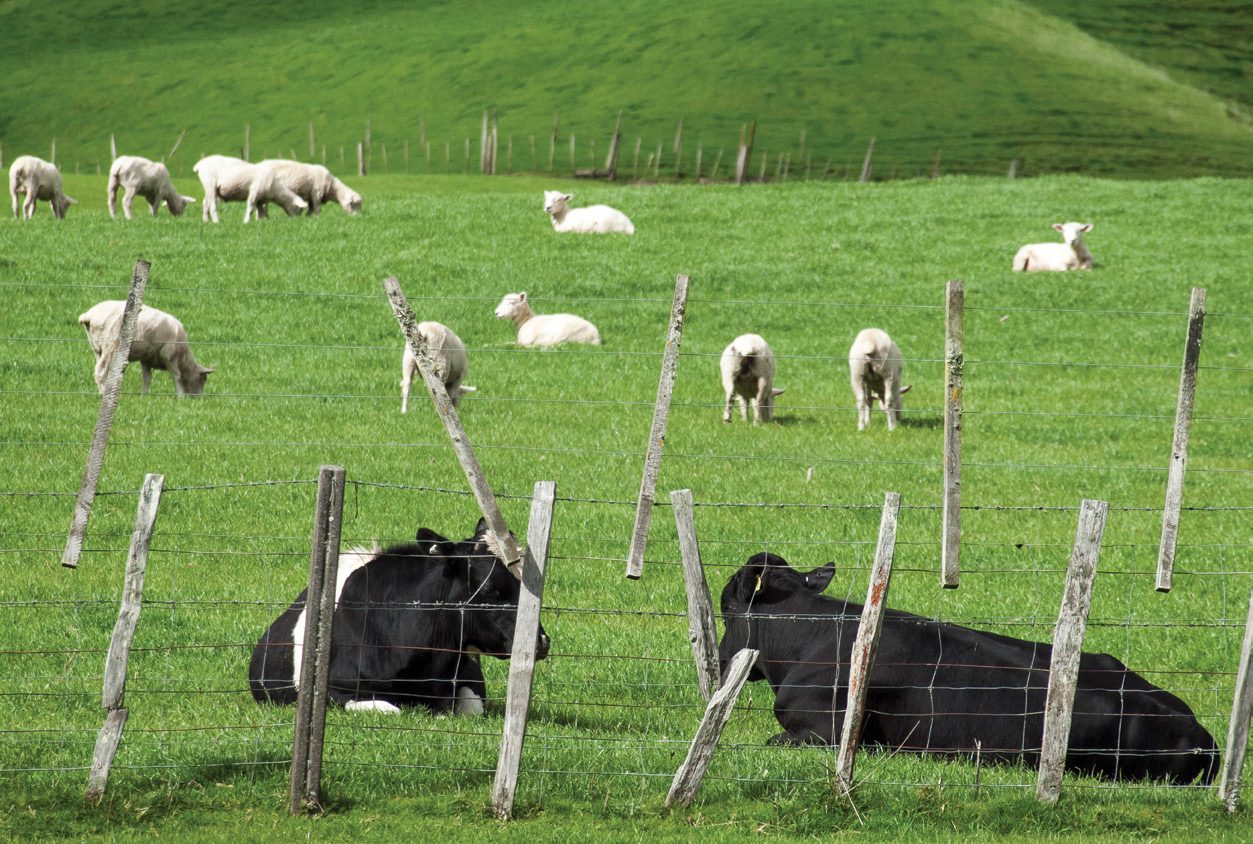 I was reminded yesterday of an old maxim: “Sheep graze from the bottom up, cattle from the top down”. Sir Sidney Kidman, the iconic Australian grazier of the late 19th and early 20th centuries, later in his career leaned more to beef than sheep, and was criticised for that. But he could see the advantages of cattle.

The variation in pasture covers on unirrigated hill country properties in south and mid Canterbury, appears in part to be influenced by cattle to sheep ratios.

In the last month, where significant parts of mid and south Canterbury have received 30mm of rain, some dryland farmers have grown 30kg drymatter (DM)/ha/day of good-quality pasture, with no nitrogen applied, to have pastures ready to graze with cattle at 2500kg DM/ha cover. A month ago these dryland pastures were bare and brown. Others have made no progress.

Those who manage droughts well keep the pasture in a growing state through the drought, so it should be grazed when fresh and green, then rested until after the rain. Leaving pasture to grow long and stalky does not conserve moisture, the opposite in fact.

Cattle, particularly adult dry cattle and cows, can consume any dry surplus better than sheep, who will tend to head for the short green feed at the base, the cattle leaving a higher post-grazing residual. To achieve this “rest” various strategies may be needed, ie: reduced demand via early weaning of ewes and cows, or destocking and supplement feeding.

Cattle can be sold early summer. Cattle which need to be retained can be virtually “feedlotted” – held on one paddock and be fed good-quality supplement. This avoids pastures being over-grazed, and should be continued after the drought breaks to allow pastures to recover.

This is where a moderate stocking rate is useful – feed conserved in a good year can be fed out in a dry season. On uncultivatable hill country, cow body condition can be utilised when feed is short.

When it rains, pastures can recover in the following ways:
1. Plants with green leaves get growing again,
2. Plants with all leaves dead or grazed off can begin to tiller and
3. Plants where most have died will recover from seed.

It doesn’t take many brains to work out which option is best. If you keep stock off the droughted pastures in the period immediately after rain, option 1 will recover in three or four weeks, option 2 in three or four months and option three in 18 months.

Those pastures which reach total defoliation or death are going to revert to poorer species and weeds. However, if autumn pasture post drought is still short, but greened up and growing, applying urea, the cheapest source of supplement, becomes an option.

Next spring’s pasture performance is reliant on pastures going into the winter in a healthy state. This means they need to grow well through the autumn so there is sufficient leaf for photosynthesis to be optimised and root reserves can be replenished.

Cattle can be used to control surplus spring growth, preparing pastures for lamb fattening. They also break the intestinal worm cycle – farms with very high (say 50%) cattle ratios generally have very good sheep performances. This is partly due to cattle benefiting sheep health, and also the sheep getting to graze higher covers of better-quality pasture – simply being better fed.

Farmers who have learnt to use scarce soil moisture through growing legumes have also reduced their sheep or at least their breeding ewes as a proportion of total stock units. This is in part because their improved systems allow higher gross margin trading systems to be run, but also because breeding ewes and their hogget replacements remain relatively inflexible and because, as mentioned earlier, cattle can be used to graze to a higher post-grazing residual.

Cattle are harder on water supply and an inability to upgrade water systems will limit cattle, however they are cheaper to fence and have a lower manpower requirement. In a bad drought breeding cows may need to be grazed off or sold.

In general, more feed can be grown with cattle than sheep because pastures under cattle will have higher pre and post-grazing covers. In addition breeding ewes set stocking at lambing suppresses growth and regrowth. Southland sheep farmers may have got around this issue.

Bill Wright in South Canterbury who farms 360 effective hectares has, following the introduction of lucerne and sub clover, changed from 2400 crossbred breeding ewes and replacements plus 50 cattle, to 1000 ewes, replacements purchased, 300 R1 cattle and 300 R2 cattle. His EBIT is in the top quintile of beef and lamb survey farms for class 6 land.

Bruce and Scott Wills, who farmed 800 effective ha on the western end of the Napier Taupo Road, 14 years ago wintered 9000 SU consisting 6000 ewes and replacements and a few cows, selling lambs store and calves as weaners, a 85/15 sheep/cattle ratio.

The new owners have continued with a similar system and made some more changes. The 2000 ewes are now lambed in July, and replacements purchased. The cattle numbers have been maintained at 1000, the cows have been dropped, and 500 traded cattle fattened at 15-20 months of age.

The cattle can be slaughtered at any time over the summer and a reticulated stock water system has been installed over three quarters of the farm.