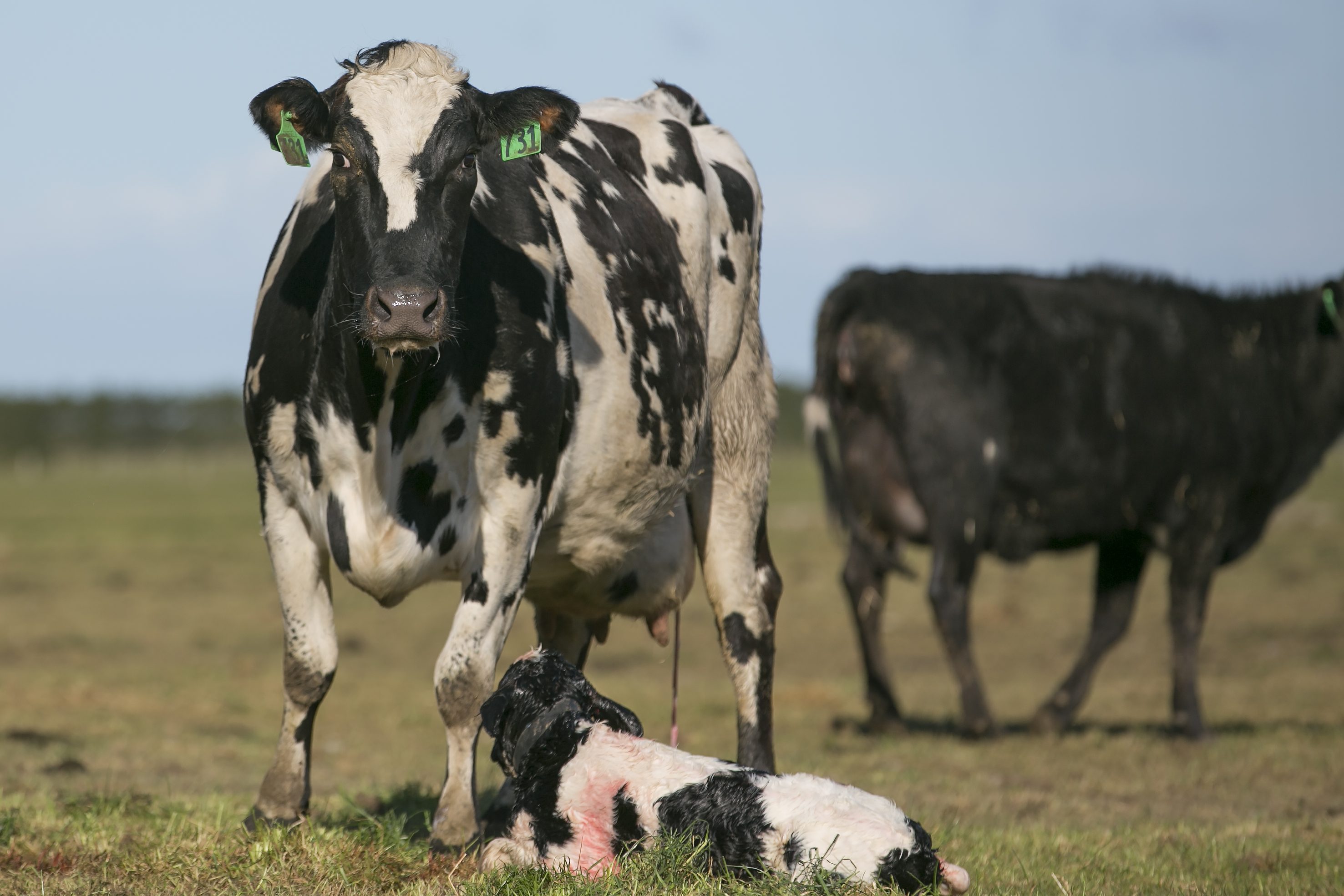 “There’s got to be another reason to do it like lifestyle reasons or they can grow as much or more pasture over winter than summer.“And if you have to put in infrastructure such as a feedpad, or upgrade lanes or your effluent pond that can nullify the premium.”

He has run a Facebook page on autumn calving for the last year which now has about 130 members.“Most of them are looking for reassurance because there’s not a lot of systems research out there,” he says.

They were keen to ask other farmers who had moved to autumn calving about what they were doing as often they had no neighbours running the same system and weren’t overly confident. A lot of their questions revolved around animal health issues and calf pricing, he says.

The group was set up after feedback from Anexa vets that more farmers were interested in what was involved, so now regular discussion groups are held and attended by DairyNZ scientists and developers. Some of the farmers involved have been autumn calving for some time while others have just recently made the move.

“There can be some joking animosity about how they’ve been there for a long time,” he says.“But Fonterra has signalled it wants a lot more winter milk in the future.”

Farmers making the switch can’t have their herd calving too close to the premium period or they’ll struggle to get enough milk.

Farmers are able to apply to supply contracted milk over the 61-day period from mid-May to mid-July with the highest premiums available in June. For North Island farms, the 30-day June premium is $3.50 and $2.85 for the 15 or 16 days each side of June. The South Island has a higher premium of $3.60 and $4.25 for the same periods.

“You need to have more grass growth in winter than you do in summer,” he says.

“But if you’re in a summer-safe area with low winter growth you’re going against the grain.”

Farmers making the switch can’t have their herd calving too close to the premium period or they’ll struggle to get enough milk.

“But if they calve too early they may need to use up a lot of feed to get through to the autumn rains,” he says. “What area farmers are in does weigh heavily because with good autumn growth they do want to calve earlier.”

Some farmers from Waikato north had been thinking of making the move to autumn calving because of consistently dry summers where they had struggled to grow enough grass to keep their herds milking through into autumn. They might have put their toe in the door and moved to a split-calving system to take advantage of high winter grass growth, then with the improved premiums on offer might have looked to change over the rest of their herd, Jamie says.

He doesn’t encourage any farmer to move to autumn calving if infrastructure on their farm isn’t up to scratch.

“Their feedpad and tracks need to be in a good condition,” he says.

Farms are subject to a pond storage calculation before a supply contract can be signed and typically this is 60-90 days’ storage required.

“So there may be a significant investment required before the system’s changed which can detract from the profitability.”

While autumn and spring calving management was similar there are small differences farmers need to be aware of.

“For example they are calving down then feeding supplements straight away,” he says.“Most people are relatively good at feed budgeting and know they need from one to one and half tonnes of supplement drymatter (DM) per cow per year. But feeding supplements will be split between winter and summer with spring calving whereas with autumn calving that’s taking place all in one hit.”

Jamie says one of the positives of autumn calving is cow condition.

“So you are talking about an extra month of milking,” Jamie says.

“The cows look very good at Christmas, almost as though they are in calving condition.”

Farmer feedback is that they enjoy autumn calving much more than the springtime ritual.

“They love it because they can pick up the calves, they leave the calf shed early and animals that aren’t replacements go to the saleyards every week,” Jamie says.

“But split-calving is hard on everyone because there’s no dry period with two calvings and two matings and it’s challenging on the body and mind. You’ve got two herds competing against each other so you’re questioning which one you give preference to.”

While South Island premiums for winter milk are higher than those in the north, encouraging more farmers to look into that possibility, Jamie sees split-calving as being a better fit there with little winter growth but plenty of grass in the summer, thanks to irrigation. Calves born in autumn are worth more than those in spring, meaning some farmers chose to sell them for good prices and buy in replacements in spring when with plenty of calves around prices are lower.

“But you can expect prices to drop as more people do it,” he says.

Farmers are able to sell their culls as in-milk cows which find a ready market further south. Typical income from stock can be more than $1/kg milksolids (MS) although a normal range is between 65-70 cents, still good compared with a spring-calving system average of around 45c/kg MS.Because mating can occur around the shortest day of the year there can be issues with seeing bulling behaviour in their herd in the dark.

That can mean that the start of mating effectively dictates the timing of calving.

“Some farmers want AI finished before July because then it’s too hard to pick the cows.”

Suggestions that animal health costs could be higher because of more lameness issues with cows walking on tracks to the dairy through winter aren’t backed up by DairyBase figures, which show no difference to spring-calving herds.

“But you do have to have your farm in good condition going into winter or you will get lameness,” Jamie says. He hasn’t heard of any problems with autumn-calving farmers getting grazing for young stock over winter months as opposed to sending them off-farm over summer. But he would like to see some more onfarm management research carried out because of farmers’ thirst for more information.

Work was carried out on Massey University No1. Dairy Farm which can be drawn on but that’s now 20 years old and relates to the pasture growth profile of the Manawatu, not Waikato.Jamie says there is no established pattern as to how spring-calving farmers transition to autumn calving.

“No one does it the same way.”

Some people calve earlier and earlier over several years but some people milk through and mate their herd in late autumn. Some move to 25% of their herd autumn calving, then 50, 75 and finally 100.

“It all comes down to personal preference and choice,” he says.

“Everyone’s got different ideas and they make tweaks as they go.”

It is fairly common for farmers making the switch to reduce herd numbers.“The cows need pasture in their diet and that’s hard to achieve in the winter with a high stocking rate.“But with less cows it’s often easier to do the same milk production.”One problem is the lack of financial data to refer to.

“There are very few 100% autumn-calving farms in DairyBase,” he says.

But that information does show a slight increase in costs per kg MS in areas such as feed bought-in to the farm and depreciation on improvements in infrastructure such as feedpads and in-dairy feeding. Further computer modelling has been carried out by DairyNZ investigating what farmers can expect when it comes to balancing extra infrastructure cost against the premium payments. This is now being peer-reviewed and will be presented at the Grasslands Conference later this year.

He can’t put his finger on any particular attribute of people who make the move to autumn calving, with one farmer in the group switching just because it was a new challenge.

“I think more farmers will consider it,” he says.

“People will look over the fence and then give it a crack themselves.”

And if it doesn’t live up to expectations it’s easier to switch back from autumn to spring-calving than the other way round.

“It’s a quick exit route. But I don’t know anyone who has done it.”