Control and eventual eradication of bovine viral diarrhea (BVD) is possible for beef and dairy farms, but it requires long-term commitment.

That’s the view of experienced veterinarian Jo Holter, a member of the BVD Steering Committee and the veterinary technical manager for MSD Animal Health.

The BVD Steering Committee, established more than a decade ago by veterinarians, conservatively estimates BVD is costing beef and dairy farmers $150 million per year in lost production. Research studies have estimated that 65% of beef herds and 35% of dairy herds are actively infected with BVD.

Most of the impact of BVD in beef herds manifests as an increase in dry and late-calving heifers and cows - the average is a 5% increase in empty rate, but some beef herds will experience a 15% increase, or greater.

For the dairy industry, BVD has been estimated to cost an average-sized herd (419 cows) more than $76,000 in lower milk production, increased calving interval and increased abortion rate.

Blood sampling or ear notching can determine if a herd has been exposed to BVD and whether an animal is Persistently Infected (PI). A PI is an animal which was infected with BVD when it was a fetus in the first four months of gestation.

After they are born, PIs shed BVD virus in their saliva and faeces for their entire life, and they are the source of BVD transmission within and between herds. If they live long enough, PIs always go on to give birth to PIs.

So, Holter says, all PIs need to be identified and culled, and farmers should ensure no PIs are brought into the herd.

Alongside eliminating PIs, an ongoing vaccination programme can reduce the impact of any accidental BVD exposure. Vaccines aim to reduce the severity and duration of sickness when an animal is infected, which can reduce the costs associated with BVD.

If a cow or heifer is vaccinated before mating, and the vaccine prevents her fetus from being infected with BVD, then the vaccine is also preventing the formation of new PIs, helping break the cycle of BVD transmission.

And, while Holter says the risk of creating a PI occurs in the first four months of gestation, there are still other BVD risks later in pregnancy, making protecting pregnant cattle critical to BVD control.

“There never is a good time for a pregnant cow to be infected with BVD. That calf (infected later in gestation) might not be born a PI but they might be smaller or have birth defects. Or, that later-calving cow can still abort.”

“Creating enough immunity with a vaccine to protect the fetus is actually quite challenging, but it’s a key part of BVD control to make sure that you actually protect that pregnancy, to ensure we break that cycle of infection from cow to calf.”

With Bovilis BVD, the first vaccination can be any time from four months of age and the second dose four weeks to six months later. Then, the annual booster should ideally be done four weeks before each mating.

Holter encourages farmers to talk with their veterinarian before deciding which vaccine to choose, as these vaccines are only available under veterinary authorization.

“So, we’ve got some great tools to help farmers deal with BVD and it’s actually relatively easy. You've got good testing, there is a good economic case for BVD eradication, and you've got good vaccines available to provide future protection,” she says.

The most appropriate time to vaccinate cows and heifers is around mating time, often a busy time of year on the farming calendar.

“You've only got a very short window. And we know it’s the calves that are really the potential major problems, so breaking that cycle can be quite hard with beef herds.” 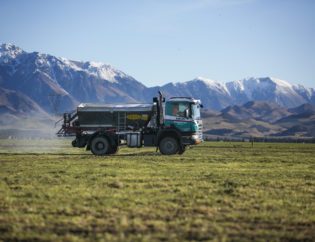 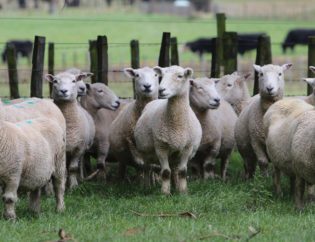