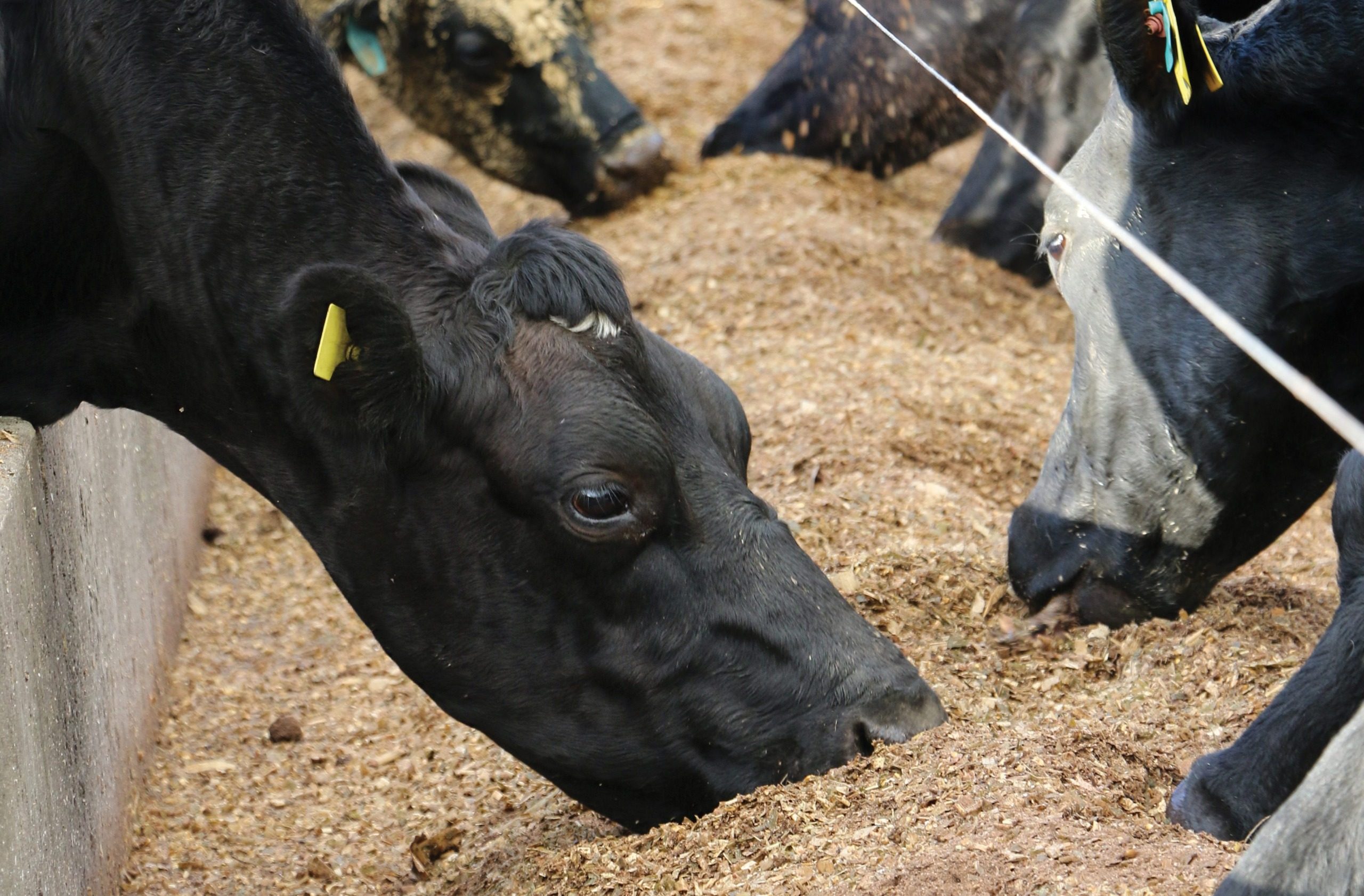 Dairy farmers can meet the Climate Change Commission’s desire for fewer cows if they’re allowed to do what they do best – farm efficiently and produce more per cow using less kg drymatter (DM) per milksolid (MS).

“New Zealand has come a long way in the past three decades, improving production from 260kg MS/cow/year in the early nineties to the current national average of 385kg MS, but we can do better if we’re allowed.”

De Klerk, of Dairy Nutrition & Management Solutions, is based in Otago and is an independent specialist nutritionist and dairy consultant with more than 30 years’ experience internationally and in NZ.

“She will use about 50% of her intake just to stay alive, leaving only 50% for milk production. Half of her annual greenhouse gas (GHG) production is for functions other than milk production.

“Why is it okay to burn trees and release all the stored carbon while not allowing a cow’s emissions to be offset by the photosynthesizing pasture they eat?”

“My client data from throughout the South Island, from more than 20,000 cows in numerous herds, produce on average 525kg MS/cow with cows slightly heavier at around 500-520kg liveweight.

“These cows require 6400kg DM per year which is more per cow, but they produce more milk. These cows only use about 40% of their intake for staying alive and channel 60% of the diet into milk production. They use 12kg DM compared to 14kg DM to produce a MS.

“With more than 1.9 million tons of MS produced in NZ, this would mean 3.8 million tons less DM required to produce the same amount of milk and GHG production could be reduced by 15% per MS by improving efficiency.

“The top quartile of my client’s cows use 10.6kg DM to produce a MS which is 25% more efficient with 25% less GHG per MS than average production.”

He said researchers in the Dexel days showed a cow’s dry matter intake was limited by more than pasture availability.

“A cow can only graze a certain amount in 24 hours and that equates to roughly 4000kg to 4500kg DM from pasture during the season which is the reason why NZ cows only produce 385kg MS/cow.”

“Some of these concentrates fed are waste products from other industries such as brewers grain and palm kernel. If not fed to cows they will probably be dumped in a landfill to rot and produce methane or, in the case of palm kernel, be burnt or dumped into the sea.

“I have been modelling all of my client farms’ financial performance every year and then comparing those results to reality, for more years than I care to remember.

“Sometimes the farm working expenses (FWE) do increase by a few cents, but the interest costs on debt, the largest cost on most dairy farms, are diluted by the extra production.

“FWE/kg MS can increase by 10c/kg MS only to have the interest drop by 20c/kg MS resulting in a lower total cost of production per kg MS despite higher FWE/kg MS.

He did warn feeding supplements to increase cow numbers was seldom profitable but feeding more to improve production per cow was mostly profitable even over a wide range of milk prices.

“Lowest farm working expenses alone are not a good predictor of farm profitability – not since interest has become the single biggest cost item on the average dairy farm.”

However, he was worried that messaging from DairyNZ, milk companies and the Government continued to be grass feeding only.

“DairyNZ is still promoting data from research in Ireland and then transferred to NZ which said there was an increase in total production costs for every euro spent on supplementary feed.

“However, with more inputs and costs per hectare, the milk production per hectare also improved but the cost per milk solid was no higher.”

He said if farmers had to reduce cow numbers and were constrained by what they fed them, like some dairy companies are suggesting, it would put dairying under financial pressure and result in more GHG/kgMS rather than less.

“Lots of low producing cows is what has got the industry into the current predicament. You cannot design an environmentally worse system even if you tried.”

He warned the industry was making the same mistake measuring of GHG emissions as they did with the Irish study.

“The latest use of expressing GHG/ hectare is simply ludicrous and will damage the industry.“

It will promote lower kgMS/ha, lower intakes per cow, increasing the proportion of feed used for maintenance and lowering the amount used for milk production.”

He said one of his clients came away shaking his head after a DairyNZ Explore Your Options field day at Dunsandel in Canterbury on lowering GHG. 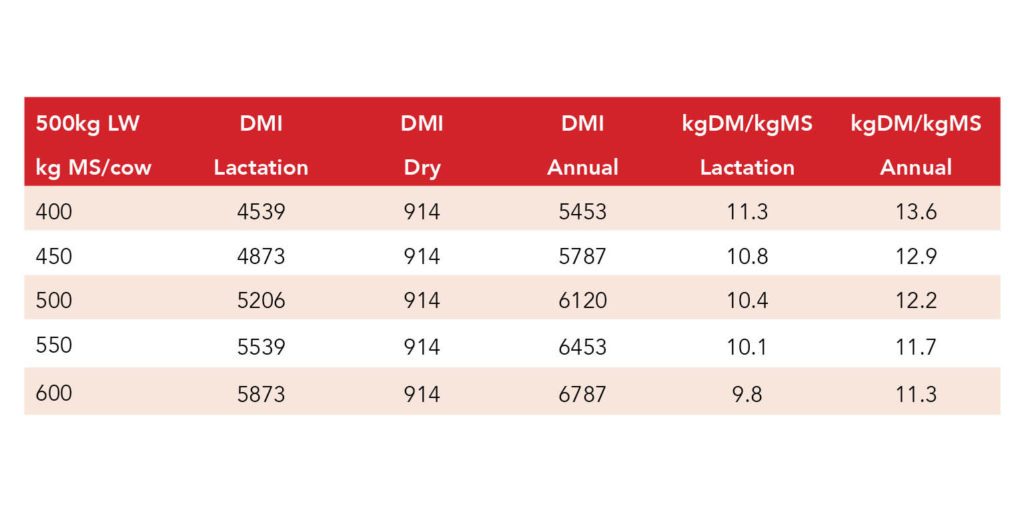 “The industry leaders seem to have simply capitulated on GHG emissions and cows. Sure cows do emit GHG, like humans, but why are we not reading about how pastures can offset cow emissions?

“I have seen a massive build-up of organic matter on dairy farms under centre pivots on very gravelly soil in Canterbury over the past 10 years.

“That’s all carbon that has been captured by dairying – a massive carbon sink. It’s there for all to see.

“We are told that trees which photosynthesize, take in carbon dioxide and use energy from the sun to grow, can be burnt as an energy source and be carbon neutral. Burning biomass is the future and is carbon neutral.

“When pasture photosynthesizes producing similar complex carbon structures, which are then eaten by cows processing some of that carbon into a valuable human food source and only releasing a fraction of the carbon eaten, it’s bad for the environment?

“I am not a climate change scientist nor a climate change denier, I am simply asking why is it okay to burn trees and release all the stored carbon while not allowing a cow’s emissions to be offset by the photosynthesizing pasture they eat?

He also pointed out that “cows cannot make carbon, they cannot release more carbon than they ate, and what they ate was removed from the atmosphere.”

De Klerk said the best thing was for farmers to be able to feed cows efficiently so they could produce the same amount of milk solids with fewer cows.

“However, I have some clients who I have advised to reduce cow numbers are now too afraid to do so due to the mixed messages about when and how cow numbers may be reduced in future.

“Will farmers who are already doing the right thing lowering greenhouse gas emissions by farming efficient cows be penalised by being forced to reduce numbers even further?”