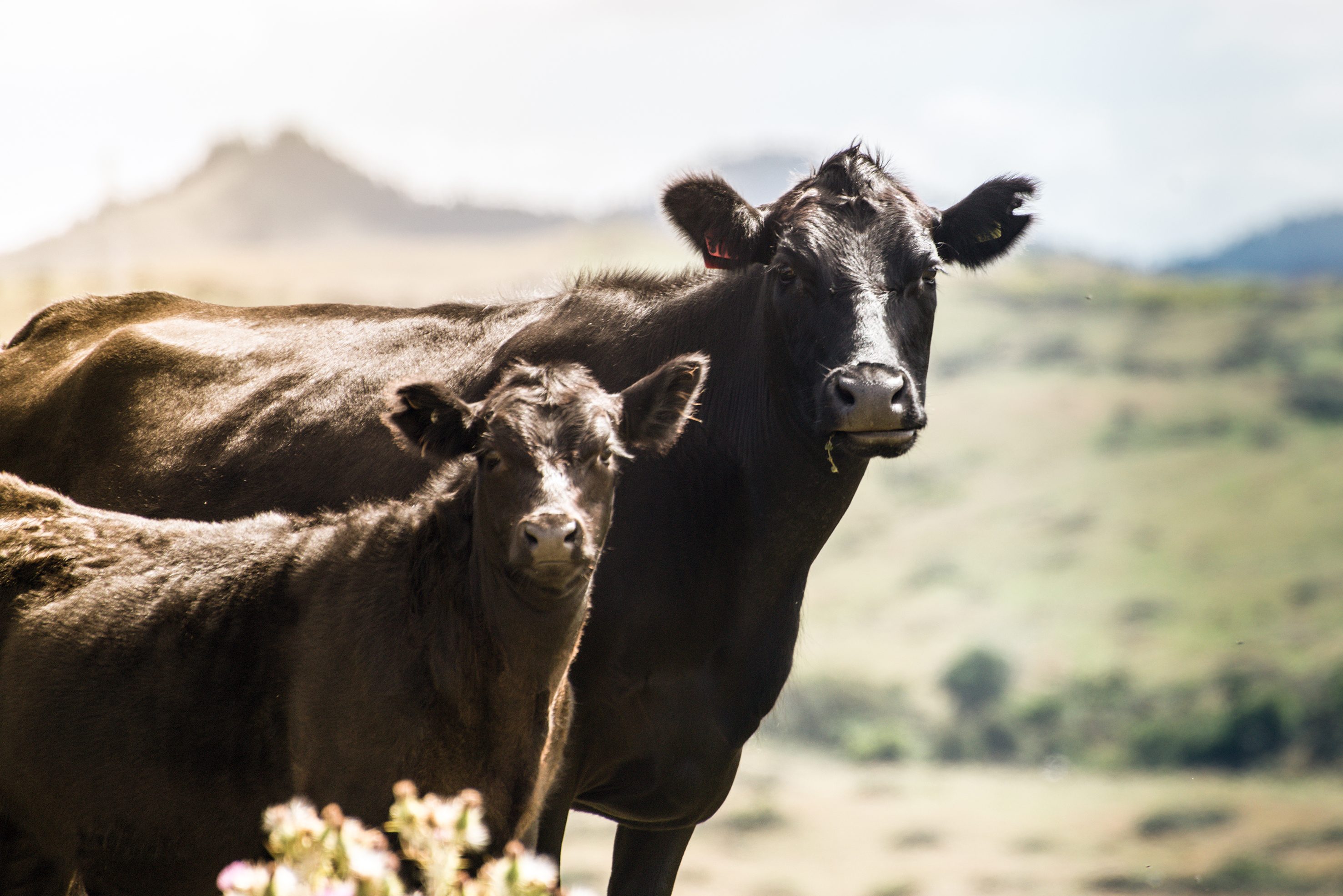 The use of artificial insemination has increased in popularity with commercial beef and sheep farmers as a way to improve genetics. Sandra Taylor spoke to farmers around the country to find out more.

Increasing numbers of commercial beef farmers are using artificial insemination (AI) as a tool to accelerate genetic progress in their herds, especially as bull prices continue to climb.

Angus Gibb, a vet with Canterbury-based Xcell Breeding and Veterinary Services, says over the past five years, there has been a significant increase in the number of commercial breeders using AI, in line with an increase in the price of bulls. He says AI gives farmers the opportunity to use proven, high genetic merit bulls without the high capital outlay, while others are using AI as a way to get the genetics they want to breed their own bulls. He says there is a perception that AI is difficult in a commercial beef situation and while the process itself is straightforward, it does mean cows and calves need to be kept close-by for three yardings. Heifers are easy, says Angus, and in theory, they should be the best genetics on the farm. “But a big factor in the decision to use AI is the value people place on genetics.”

AI conception rates average 60-70% in mixed-age cows and 50-60% in heifers. Angus says AI costs around $120/head and that price includes everything - the CIDRs, the semen and the insemination. Another advantage of AI is the tight calving pattern and some farmers are also using AI in a once-bred heifer programme, so retaining 50% of the heifers and their progeny and selling the balance prime.

He says the vast majority of commercial farmers using AI are running Hereford and Angus herds, but dairy cross heifers are particularly suited to AI with conception rates of 60-70%.

Whangara Station near Gisborne has embraced the use of AI in a portion of their 2500 commercial Angus cows.

General manager Richard Scholefield says they have been using AI in commercial cows for seven years and he is completely sold on the practice.

“I was brought up thinking that the only people using AI were dairy farmers and stud breeders.”

“Through AI, farmers can have access to some of the best genetics in the world and it’s definitely a viable option.

At a strike rate of 50-60%, bulls are still needed, but it is a cost-effective way to significantly speed-up genetic gain.

The cows need to be yarded three times for the AI procedure, but one of these yarding’s is calf-marking, so it is two extra yardings - but for Richard it is well-worth the effort.

When they were part of Beef + Lamb New Zealand Genetics progeny trial, they were AIing up to 1100 cows over a three-day period.

Difference in the AI calves

Last spring, the first lot of Hugh and Lucy Dampier-Crossley’s AI calves were born and they have since gone through another round of AI with 110 cows and 50 heifers. The first year they used AI, they inseminated 80 heifers and 70 cows.

Hugh, who farms Koromiko, a 1200ha hill country farm in North Canterbury, says the cost of bulls was the biggest driver in their decision to AI a proportion of his Angus cow herd.

By using AI, they have been able to access the genetics they want and the technology gives them more control over the genetic direction of their herd.

Hugh says what has surprised him most is the difference in the genetically superior AI calves.

“The difference in the calves was much more than we expected it to be, right the way through from birth through to weaning.

“I’m really stoked with the calves we’ve got.”

He says the decision to AI more mixed-age cows last summer was the better conception rate they got in the cows compared to the heifers the previous year. This was 65% compared to 45% in the heifers.

“We just get more bang for our buck with the mixed-age cows.”

Hugh says they have always run an A and B mob of cows, so naturally it was the A mob they went through when selecting the cows to AI. Although they are a commercial Angus herd, these cows, along with their progeny, are all recorded so Hugh is able to follow their on-going performance.

He admits using AI does add an extra layer of complexity when it comes to mating, but he says he’s always enjoyed working with the cattle and is interested in the continued genetic improvement and performance of their herd.

“You’ve really got to be interested in it as it is three trips through the yards.”

He says while the heifers are obviously a lot easier to deal with as they don’t have calves at foot, the extra work involved with the mixed-age cows is rewarded with superior conception rates.

From a practical viewpoint, Hugh says you do need to have feed available around the yards so the cows and calves are able to be kept close by during the AI process.

But from his perspective, it is well worth the extra effort.

Central Canterbury farmers Dan and Gee Harper use AI across their Red Wagyu finishing heifers to increase the per hectare return on their Wagyu beef herd.

The Wagyus arrive on Valehead, their 319ha finishing farm at Hororata as 90kg calves and are not sold prime until they are three years old, (after they have spent 70 days on a feedlot to get the white fat the market requires).

The couple run a mix of red and black Wagyu and while the red Wagyu generally have higher growth rates, the black Wagyu have better meat quality and carcase characteristics.

Because these cattle are on the farm for such an extended period of time, AIing the heifers (they use Wagyu genetics) and then selling them as once-bred prime heifers generates extra income during that time.

Dan says 160 heifers were inseminated on November 30 last year, weighing an average of around 350kg LW. The AI programme was followed up with a low-weight Angus bull and the resulting scanning showed a very pleasing 98.5% conception rate.

This was the first time they had used AI and Dan admits they didn’t know much about the process.

They fed the heifers very well in spring in the lead-up to mating and while bringing them into the yards for the placement of CIDRs was a hassle, Dan says it was a simple and straightforward job that was finished within two hours.

The AI programme means they will have a very tight and early calving with 70-80% of the calves likely to be born within two weeks.

This is a departure from the standard heifer mating programme on Quartz Hill, the family’s breeding property, which is typically drawn out. Dan says it could be a challenge identifying the Wagyu calves from the Angus calves at calving, but they will use DNA if necessary.

Dan says he has been very pleased with how well the heifer mating programme has gone and for him, the use of AI is a “no-brainer", particularly as the cost of bulls has increased so much. This factor alone makes AI a very cost-effective alternative.

Artificial breeding will play a role in accelerating the transition of a proportion of Beef + Lamb New Zealand’s commercial ewe flock to a low methane emitting flock.

This work is being carried out on B+LNZ’s Future Farm Lanercost, a 1310ha hill country farm in North Canterbury.

B+LNZ’s general manager farming excellence Dan Brier, says next breeding season, the management team on Lanercost will be artificially inseminating ewes to speed up the transition to a low methane flock, demonstrating the feasibility, or otherwise, of using artificial breeding technologies in a commercial flock.

“Lanercost will be a good testing ground for artificial breeding technologies such as artificial insemination and will hopefully give commercial farmers the confidence to invest in them if they are wanting to change the genetic profile of their flock,” says Dan.

He says while the focus on Lanercost is transitioning to a low methane flock, artificial breeding could be used to speed the genetic gain in any number of heritable traits.

“With consumer pressure increasing all the time, farmers need tools to be able to use high merit rams over a bigger proportion of their flock while keeping a lid on costs. For some farmers it might be finer wool but for others it could be health traits like facial eczema. “

In what was a “dummy run”, the selected ewes had heat synchronising CIDRs inserted 14 days before insemination took place. The ewes come into estrus 24 to 48 hours after removal and AI takes place 12-24 hours after that.

Ideally the ewes should be inseminated before they ovulate.

Dan says thanks to the training, Digby is now able to synchronise the ewes, collect the semen from the rams, spin it into straws and inseminate the ewes.

Xcell vet Angus Gibb says it is more common to insert the semen through the ewes’ belly using a laparoscope. This allows the use of frozen semen placed directly into the uterus and increases the conception rate to 60%-70% compared to the 50%-60% when inseminating into the ewes’ vagina.

Around half as much semen is used when using a laparoscope, which is another advantage of this method.

However, the advantage of vaginal insemination is that a vet is not required and staff can be trained to carry out this non-invasive procedure. There is no need to freeze the semen and one ram can be used over multiple days and multiple mobs of ewes.

When inseminating through the vagina, the semen must be placed at the base of the cervix, which is unlike a cow. It does take a bit of practice to get it right, hence the trial run on Lanercost this year.