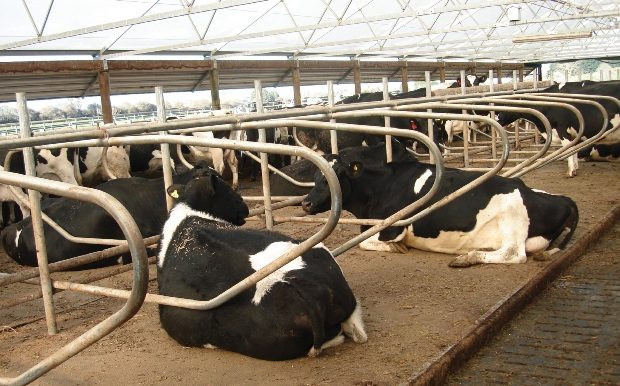 The dairy industry has worked with government on mitigation of climate change but farmers may need to think more broadly about what they need to do on their own farm to adapt to the challenges and opportunities.

That’s the message from DairyNZ senior land and water management  specialist, Electra Kalaugher, who says there is still limited understanding about how climate change will impact at farm level and how much individual farmers may need to adapt their systems.

One of the most important things a farmer can do is find ways to build more time into their system to think about their business so they can see where and how they can adapt, she says. Because every farm will be different and what works well on one farm, such as a particular pasture
variety, may not be the right choice even a few kilometres away.

Differing climate scenarios and New Zealand’s mixed topography means climate change is still hard to predict at farm level and while broad changes in weather patterns can be predicted like more frequent extreme events and a drier east coast, individual farms will differ, she says.

It’s not just a far-off scenario that is going to force sudden adaption in 30 years’ time, but rather a process of adaption that many farmers have already begun.

“It’s becoming a more unstable environment and resilience is becoming more and more important,” she says.

“Farmers are really going to have to be on to it and understand their own systems really well.”

Alongside that, she suggests good farmer-to- farmer communication may be a vital asset for farmers as they find the best way to adapt in their specific farming area, which may be different to other parts of the region.

One major driver of change to date is regulations and she says there is always a danger it may negatively affect the capacity for farmers to adapt. Because of that, regulators need to ensure regulations are developed and implemented to enhance, rather than inhibit, farmers ability to innovate.

One way to improve the flexibility and resilience of the system is through diversity and that’s where she says farmers need to get their thinking cap on and look at what they can do on their own farm.

“Whether it’s looking at different kinds of pasture species or different uses for less productive areas of the farm.”

When farmers are planting trees for shade, she says they can choose species that provide good shelter or fodder so they add as much value as possible and build resilience into the system. Riparian areas can also contribute to the farming system, whether it’s producing fodder or an
alternative income source such as honey production.

To sustainably adapt to changes in climate, she suggests farmers need to assess the vulnerability of their system beyond today and think about the flexibility of the pathways they have chosen and how that might affect its resilience – and choices – in the future.

Most choices involve a trade off in some form, she says. For example, making more grass silage can even out the availability of onfarm feed, but often depends on contractor availability. Buying in feed provides a buffer to the farming system in case of drought, but if all farms employed the same strategy, that can increase the vulnerability of the system on a broader scale.

Climate change may also affect crop production overseas which means importing resources to fill the feed gaps can be a source of vulnerability. It also makes NZ farming systems more exposed to biological risks such as pests and diseases.

Likewise, investment in animal housing is a way to increase control over climate and has the potential to capture more urinary nitrogen, but it’s a major investment that can potentially reduce future flexibility by driving the system towards higher intensity.

Similarly, cropping options are likely to become more important with climate change, but she says it will be important to understand the potential risks and benefits for different crops and management practices.

Different strategies have the potential to enhance both the productivity and resilience of dairy farming systems under climate change scenarios and though short-term financial profitability is important, she says other measures can be just important in the medium to long term.

Adaptation usually happens as a result of more than one impact and in the case of dairying, she says it may be combinations of direct and indirect factors, such as weather events combined with a pest or disease outbreak and an impact on milk prices that drives the industry to make transformational change.

Farmers engaged in a case study about potential climate change mainly suggested minimal, low-cost adjustments to their systems and Kalaugher says it is a sign that farmers may be underestimating the risks posed by climate change. There is an ongoing debate about whether the incremental adjustments continually made by farmers onfarm will be enough under climate change scenarios, she says.

“We will need to do our best to mitigate climate change, but the need to also adapt is now considered pretty inevitable.”

Kalaugher says it’s part of a fast-evolving set of challenges and opportunities in the agriculture sector.