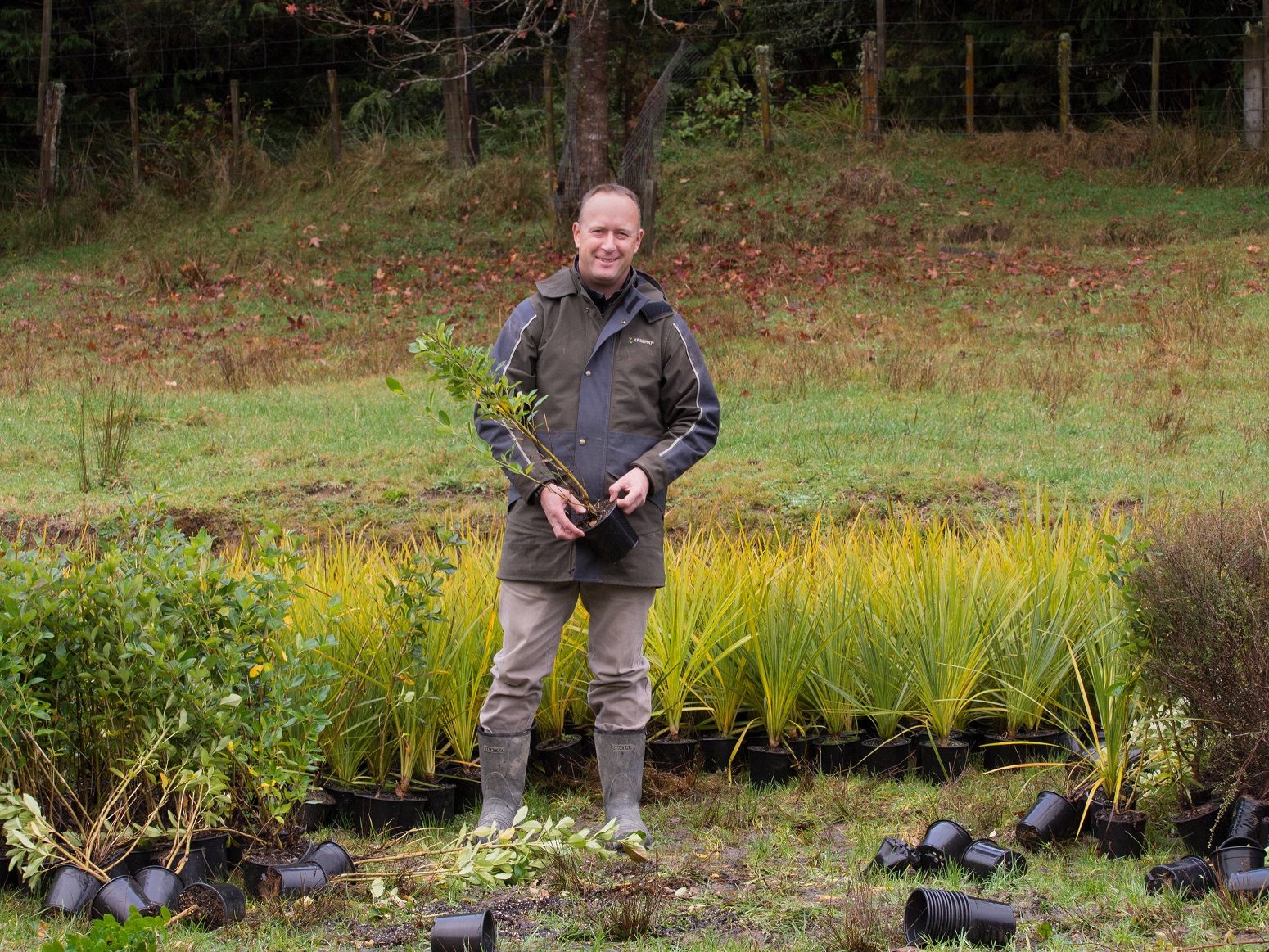 The estimated GHG emissions from the 995 deer at Matawai Deer Park are 557,200kg CO2e (carbon equivalents).
That’s according to the Ministry for the Environment (MfE) Excel GHG worksheet Charles Rau used to calculate the amount from deer, sheep and beef run on 810ha on the East Cape in the Raukumara Range between Gisborne and Opotiki.
Charles is a chartered accountant at BDO Gisborne with a special interest in the Emissions Trading Scheme (ETS) consulting to over 100 clients nationwide. He’s also a committee member of the Chartered Accountants Australia & New Zealand Rural Advisory Group which is paying close attention to the developing GHG regulatory requirements from He Waka Eke Noa (HWEN).
The HWEN target of having all farmers know their GHG emission number by the end of 2022 is very ambitious, Charles says. However, he believes that farmers need to get on board and do it, if they don’t, they risk having the Government force farming into the ETS.
“The end of 2022 will be here in no time so we have to get moving because the risk is that we’ll be priced and measured (for emissions) under the ETS which would be a disastrous outcome. The ETS is priced at the processor level and for fossil fuel based industries not methane and nitrous oxide based industries such as agriculture.”
He’s taken the lead by completing the GHG exercise, in the hope of getting other farmers to follow suit.
“I know from working with farmers that providing ‘proof of concept’ is very important and seeing is believing.”

The MfE worksheet* measures estimated CO2, CH4 and N2O and CO2 -e (carbon equivalents) emissions. The inputs are simple and basic: number of stock (by type), kilograms of nitrogen fertiliser and lime/dolomite applied, and hectares of planted and natural forest area. Underpinning the livestock calculations are estimated CO2 -e emissions of 573kg (deer), 1452kg (beef cattle), and 307kg for sheep.
The MPI worksheet produces blunt figures given that the classes of livestock such as weaners, hinds under the deer category can’t be defined. However, it was an easy starting point for Charles who says that the soon to be launched Beef + Lamb New Zealand calculator will take into account the different levels of emissions between age classes of livestock and movements of trading stock.
On the Rau’s farm there is 36ha of natural and planted forest which sequestered an estimated 257,037kg CO2 -e. This amount comfortably offsets the 161,907kg CO2 -e. This figure is 5% of total onfarm GHG emissions which will be the levied percentage when the scheme is introduced in 2025.
The Raus are in the process of planting 10,000 native trees over 4ha on their deer farm. Riparian and wetland areas are getting planted with native species, and a steep erosion-prone block with poplar and willows underplanted with natives.
“The hardwoods (poplar and willow) will provide ground stability and sequester more carbon. They have a short lifespan so we have planted natives underneath and the area will eventually revert to native forest.”
He hopes other farmers will get trees in the ground before 2025, taking into account the most suitable species and sequestration options.
“B+LNZ are confident that most red meat farmers will be able to offset GHG emissions but now is an ideal opportunity to plan (for) new tree plantings.”

"I know from working with farmers that providing 'proof of concept' is very important and seeing is believing."

The 4ha of new plantings are a win-win for the Raus, helping to stabilise erosion prone country while sequestering carbon to offset GHG emissions.
All of the tree planting, spraying and fencing costs were covered by a $1.4 million grant from the Te Uru Rakau erosion control fund to the Motu Catchment group, which includes the Raus and another 19 farming families.
“By fencing off streams and dams we had to put in a five kilometre reticulated water system at our own cost." The catchment group paid a local rural environmental specialist Lilian Harley of Allegrow to prepare the grant which included a catchment-wide erosion control, tree planting and fencing plan, and ecological assessment.
“Making a catchment grant application and engaging a professional to prepare the grant made it easy for us and the other farmers and it’s the approach I’d definitely recommend,” Charles says.
The only expense for the Raus was a new five kilometre reticulated water system.
“That was our own cost but I’m comfortable that over time it will pay for itself.”

The Rau family has a long connection with deer. Charles’ parents Laurence and Liz started farming deer soon after moving to Puketia Station on the East Cape in the late 1970s. Puketia now runs 12,000 stock units and is farmed by Charles’ brother Malcolm and sister-in-law Caroline.
Matawai Deer Park is a separate farm to Puketia. Charles and wife Jane bought the 254ha property off Laurence and Liz in 2007 and in 2014 bought another 148ha neighbouring farm plus another 37ha in Gisborne in 2015 to make a commercially viable deer farm.
The Raus have increased the velvet herd number over the last four years from 150 to 400.
“Velvet is a passion for us and we’re lucky that Dad invested in good clean velvet genetics. We want to increase the velvet herd to 500 and at the same time reduce the number of breeding hinds.”
The average velvet weight of 6kg has dropped back with the increase in younger stags but Charles is confident of increasing that as the average age of stags increases and with some feeding changes.
“Our difficult time feed-wise is from August and September which is when we want to be pumping more feed into the stags. Haylage and nuts are fed but they’re also looking for higher protein feed options.”
In addition to Matawai Deer Park, the Raus have a nearby 405ha lease block where they run 1500 Romdale ewes, a small flock of stud ewes, and 100 Hereford breeding cows. They breed and buy in mostly Hereford bull calves which are grown out to supply the dairy service industry. The deer arm and lease block collectively run 8000 stock units managed by Alex Ferris and shepherd Brandon Bligh, with regular help from Laurence, and Charles at the weekends.