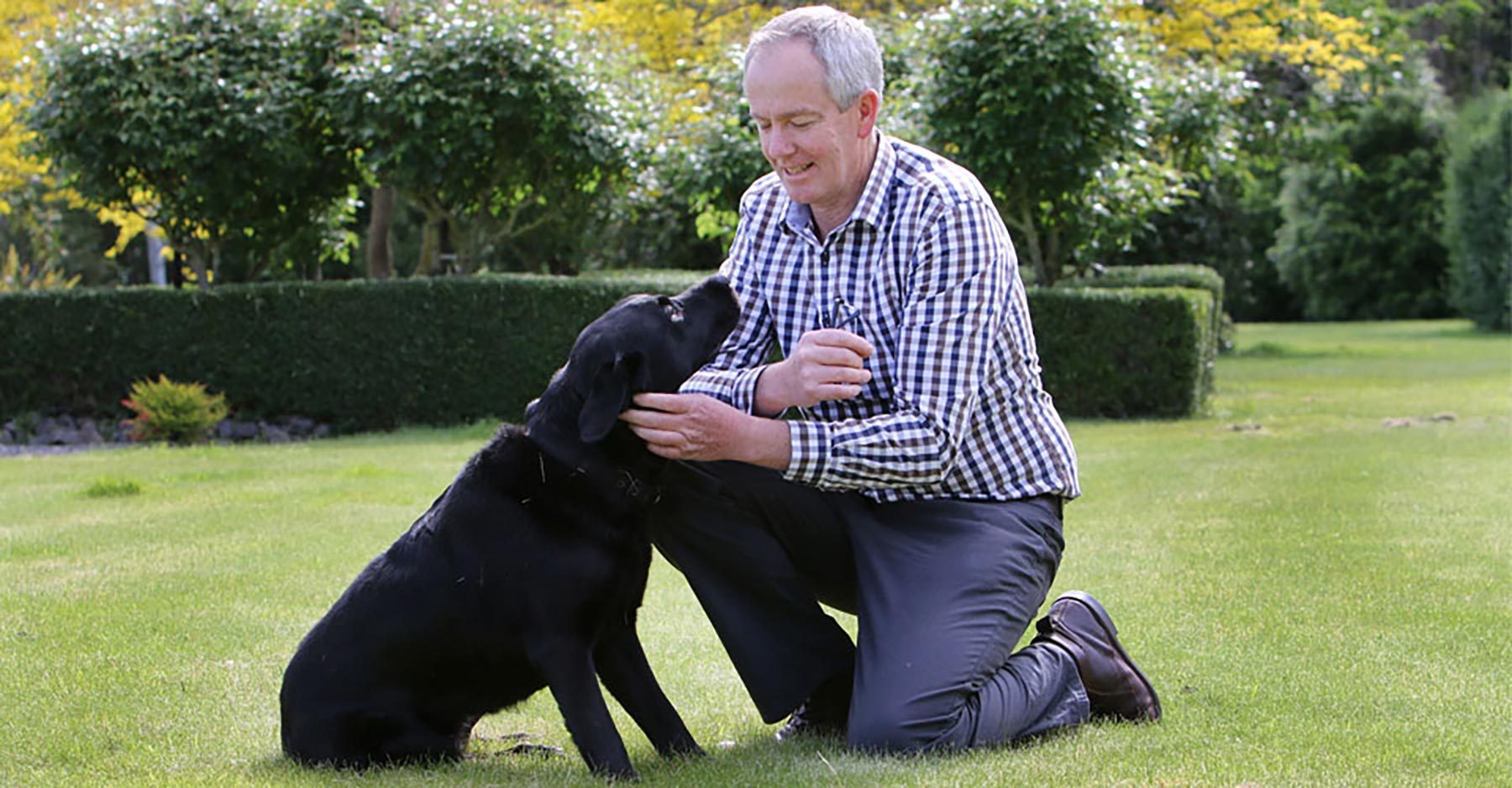 We’re the proud publishers of two farming magazines, Country-Wide and The New Zealand Dairy Exporter, in print and online.

Our company was formed in October 2016 and has nine full-time staff mostly based in the Agribusiness Centre on Weld Street, Feilding, the rural centre for Manawatu. Others are based in Dunedin, Christchurch, Cambridge and coastal Bay of Plenty.

Our mission is to deliver readers and advertisers value. Our content will be focused behind the farm gate where we aim to provide farm owners and staff with the best information to help them produce higher, more sustainable profits.

We’ll offer a depth of reporting that is unrivalled. Our focus on reducing the risks that farm owners and staff face in delivering the result they want from their toil and investment.

Of course, we’ll showcase the best of farming and we’ll have show you how farmers have some fun as well. 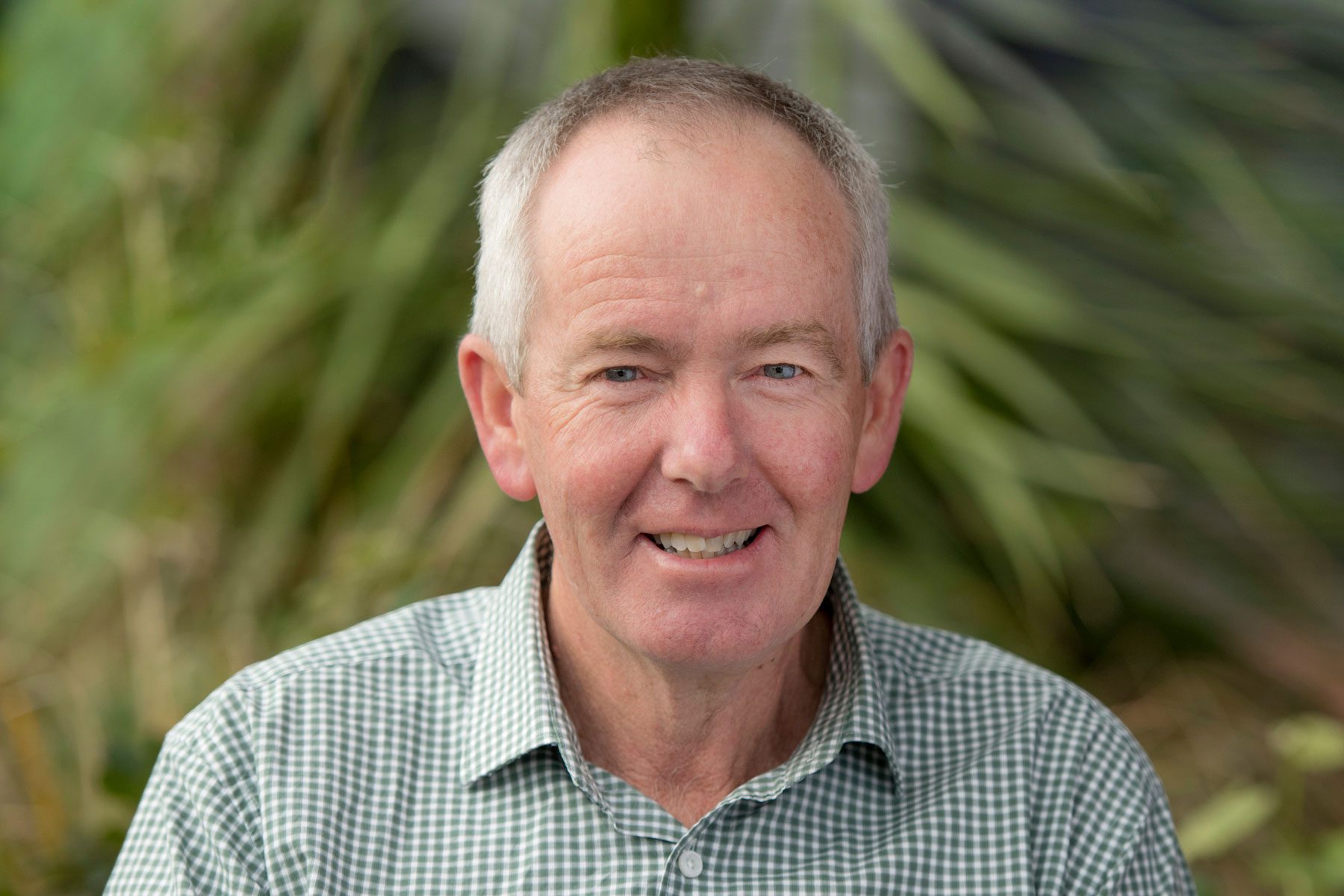 Tony is the owner of NZ Farm Life Media. His career in agricultural journalism started in 1987 after he completed seven years work as a stock agent in the Canterbury region and began a two-year stint reporting on livestock sales and agricultural commodity export markets for a national farming magazine.

After a four year stint in Melbourne working on the state’s rural weekly title, Tony returned to New Zealand in 1993 to edit The New Zealand Farmer newspaper. In late 1997 he formed Country-Wide Publications Limited which bought Country-Wide, a monthly tabloid farming title delivered to lower North Island farmers. Over the following 12 years, the business grew to publish several farming titles and was sold to NZX in 2009.

Tony started NZ Farm Life Media to buy back Country-Wide and The NZ Dairy Exporter in October 2016. Tony lives just outside Feilding township on a 6ha lifestyle block. He also has a stake in hill country sheep and beef property near Alfredton in Wairarapa in partnership with his daughter and son-in-law.

Country-Wide won the premier award, The Rongo, for its series on the impact on communities and farms of the surge in tree planting. Jackie Harrigan picked up the AgResearch science writing award and freelancer Anne Hardie won the Rural Women rural connectivity writing award. 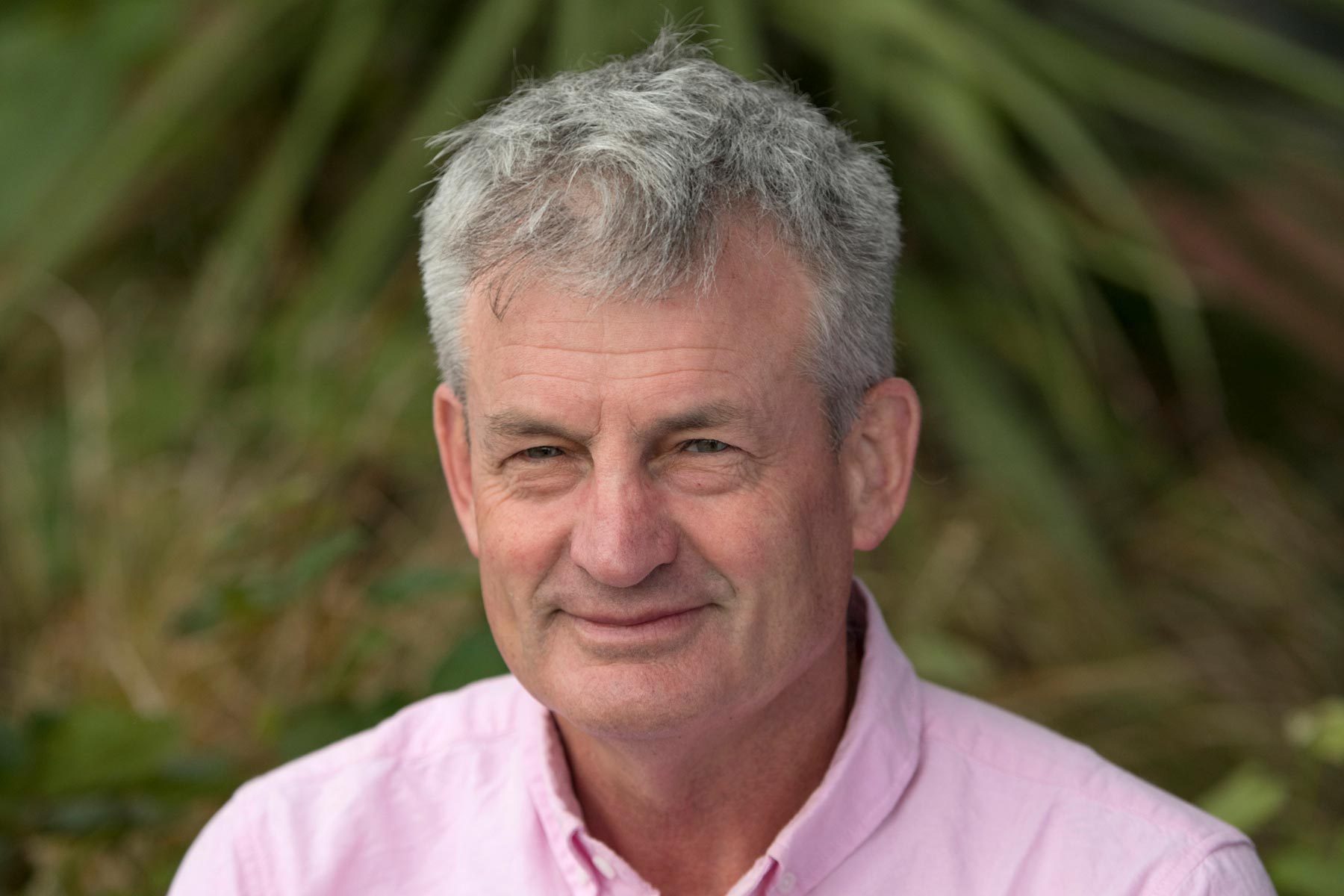 Terry has a long association with farming. He grew up on a mixed-cropping farm in South Canterbury and graduated from Lincoln College in 1983 with a Bachelor of Agricultural Commerce. For several years he leased a South Canterbury farm. It was long enough for him to realise how hard farming is especially when your own money is invested.

Terry considers himself fortunate to still be connected with farming and work with a talented bunch of people in the NZ Farm Life Media team. The writers are involved with farming and understand it well. This allows them to get the real oil and for Terry to maintain Country-Wide as a trusted, top farm management magazine for pastoral and arable farmers.

After nearly 30 years in ag journalism, Terry has learned from top farming businesses that success comes from continuous improvement, an ethos he has adopted with Country-Wide. Terry lives in Dunedin with his wife Eleanor and two children.

Country-Wide won The Rongo, for its series on the impact on communities and farms of the surge in tree planting. 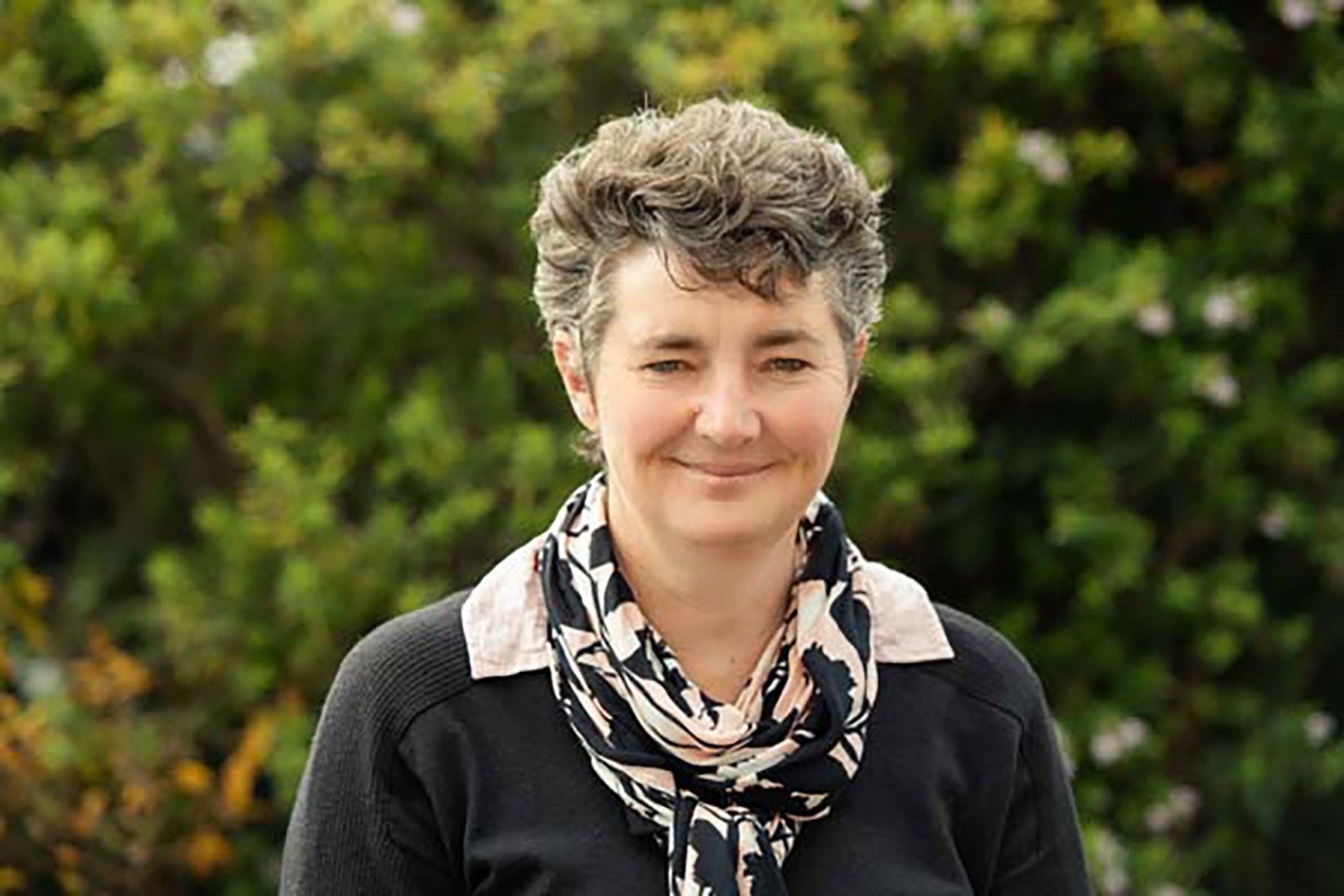 Taranaki born and bred, Jackie Harrigan still looks on Mount Taranaki as her maunga, although she does enjoy the view of the changing light on the Ruahine Ranges out her kitchen window.

Armed with an agricultural science degree and diploma of journalism, Jackie had eight years working on Country-Wide and then edited Young Country magazine for two years before it was incorporated into both Country-Wide and NZ Dairy Exporter magazines as a standalone section.

She is now editor of NZ Dairy Exporter and will guide the magazine into its next 100 years after 2025 when it reaches its first centenary of publishing. 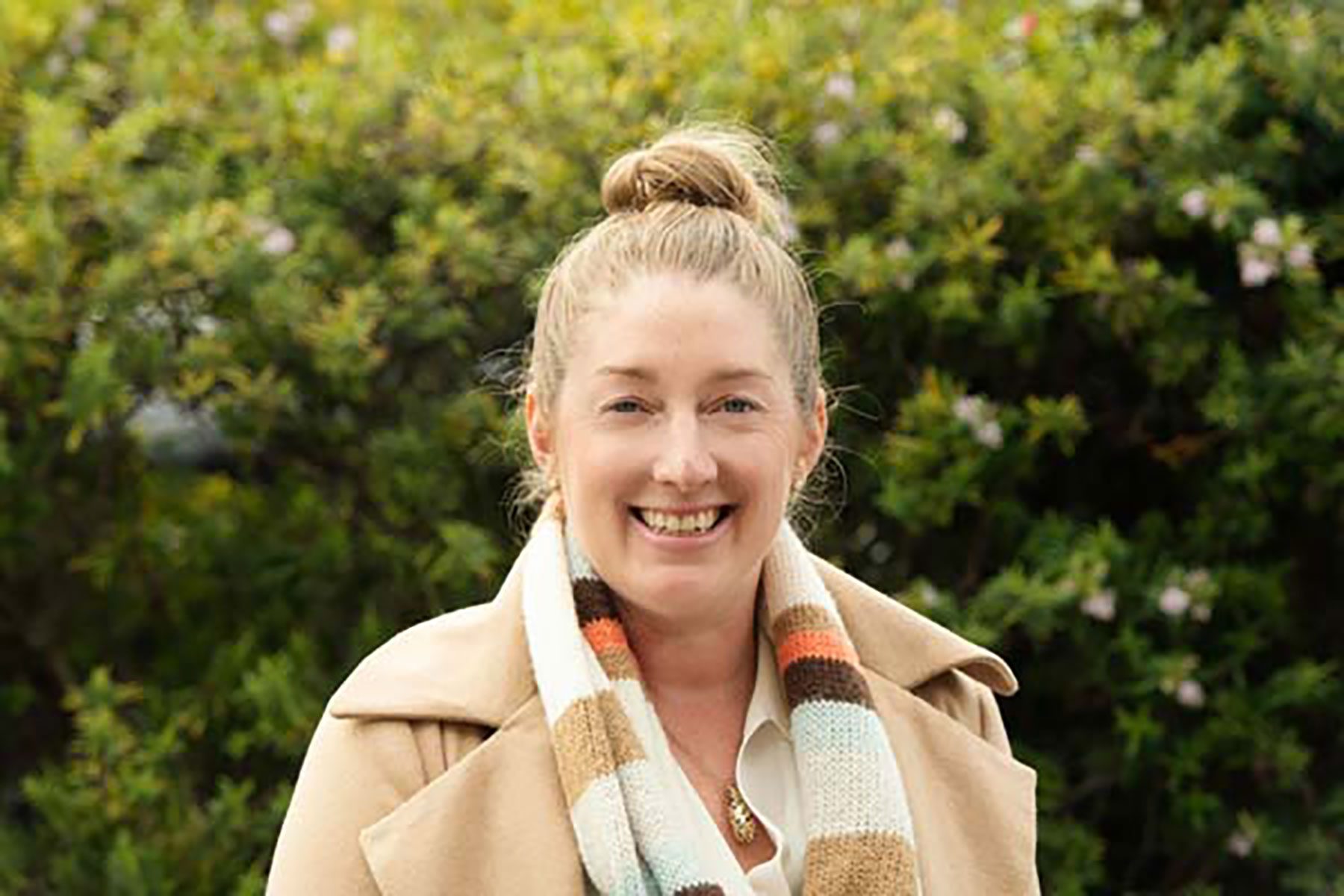 Sheryl Brown is based near the beautiful coastal township of Matata in Bay of Plenty, covering dairy farming in the Waikato and Bay of Plenty regions.

She studied a Bachelor of Arts and a Graduate Diploma in Journalism at Massey University and spent several years working in sports and police journalism before finding her way back to agricultural journalism. It was a good fit. She has a natural passion for the industry and enjoys meeting exceptional farmers who are working hard to produce top NZ primary products. 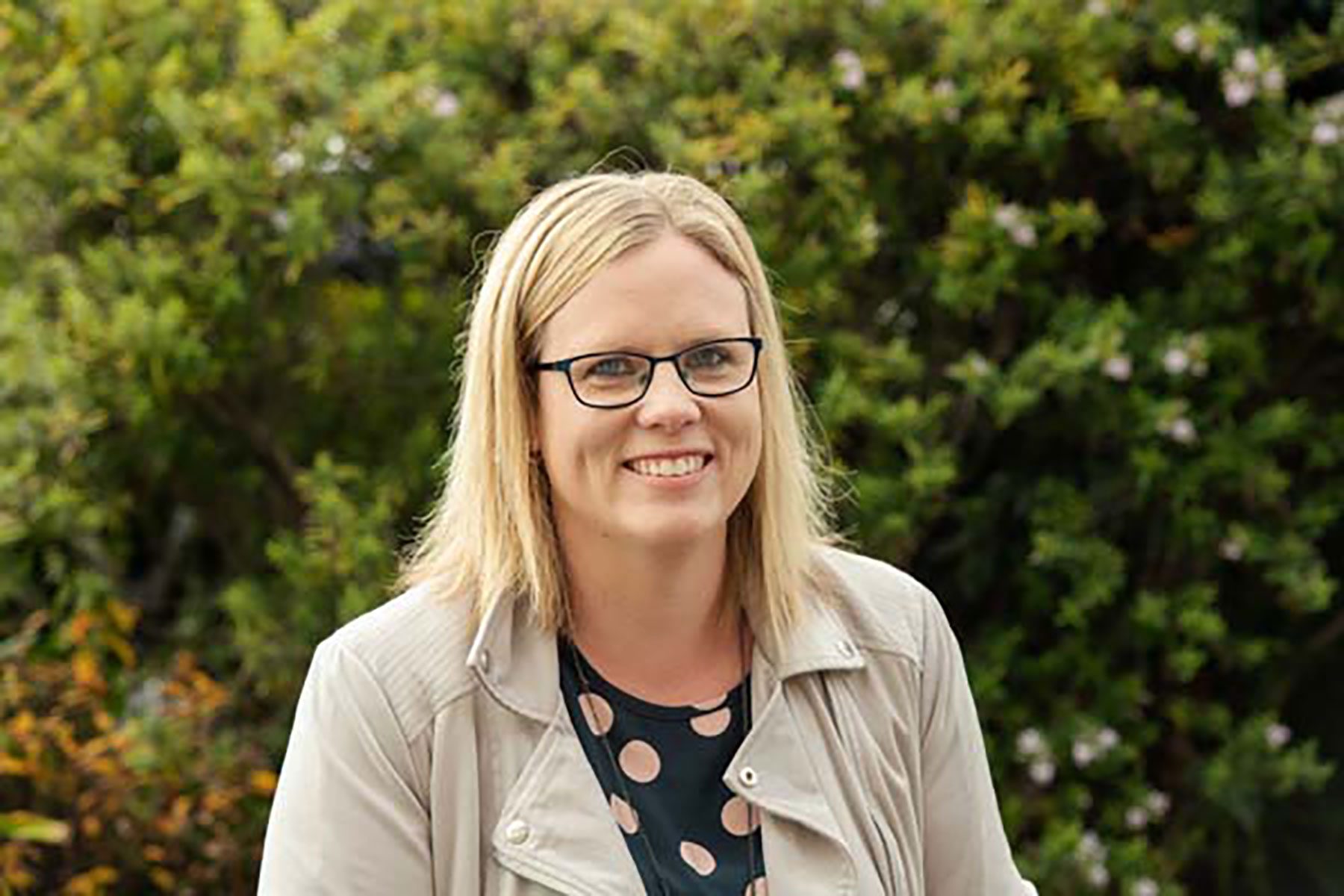 Jo's design skills are on display every time a copy of either NZ Dairy Exporter or Country-Wide is delivered to the thousands of subscribers who value our titles every month.

She's always enjoyed design and graduated from UCOL with a Degree in Design. Her first design role was working for a small Wairarapa newspaper designing advertising, then moved onto working for a local printer, doing everything from designing logos and brochures to printing them.

In 2010 she joined the team designing the Dairy Exporter magazine, then Country-Wide. Now she's leading the design of both titles.

Jo admits she doesn't have a background in farming, but she's a quick learner and knows the difference between Hereford and Friesian cows!

She is married to Nick and has a growing young family. 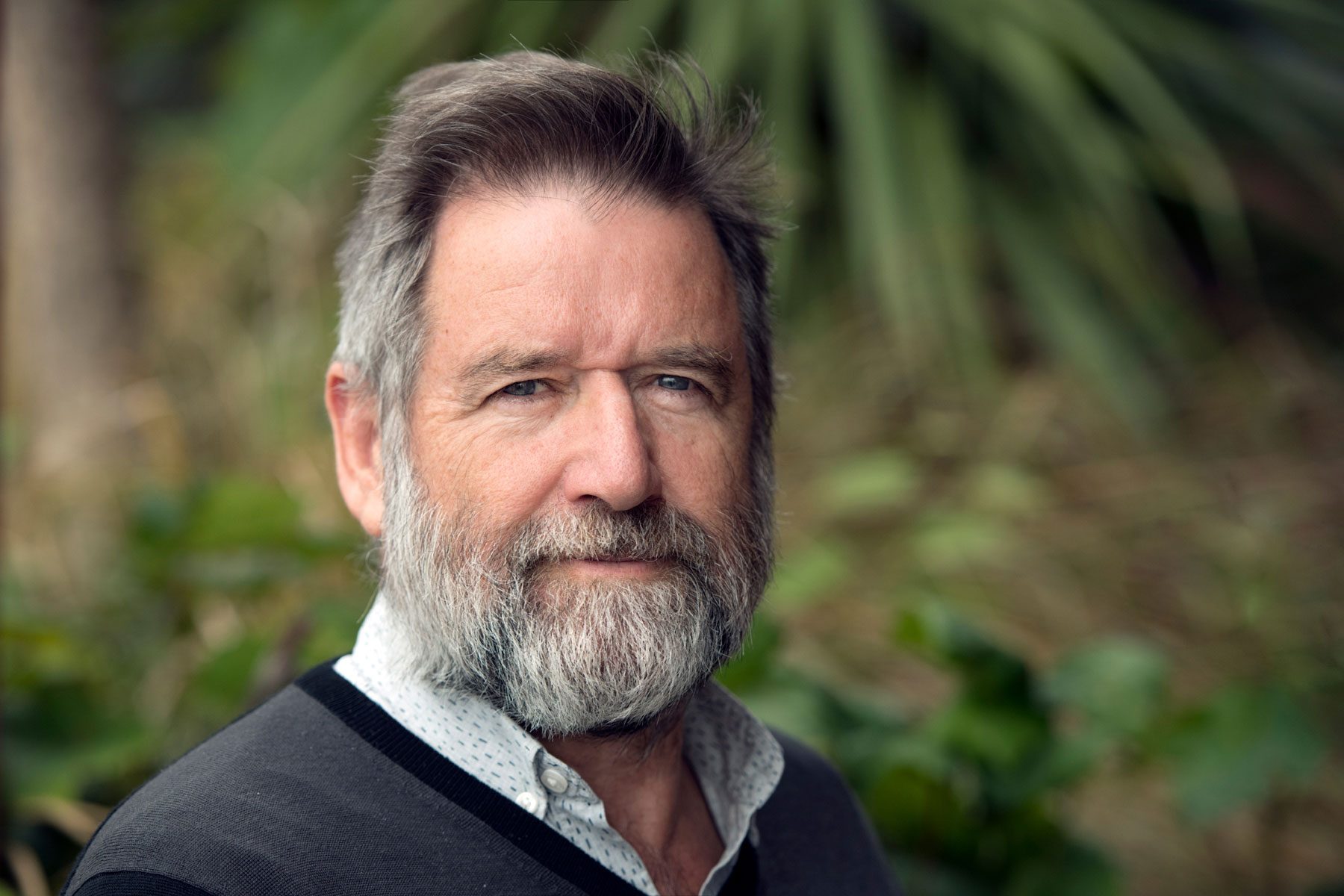 Andy Maciver is NZ Farm Life’s sub-editor. He joined NZ Farm Life Media when it was set up in November 2016 after a year working on the title when it was owned by NZX Agri.

Andy was for many years a sub-editor at the Dominion Post and before that Wellington’s Evening Post. In earlier years he worked on newspapers in the United Kingdom during a lengthy OE. Although not from a farming background, he spent a number of years after leaving school working around central North Island wool sheds. 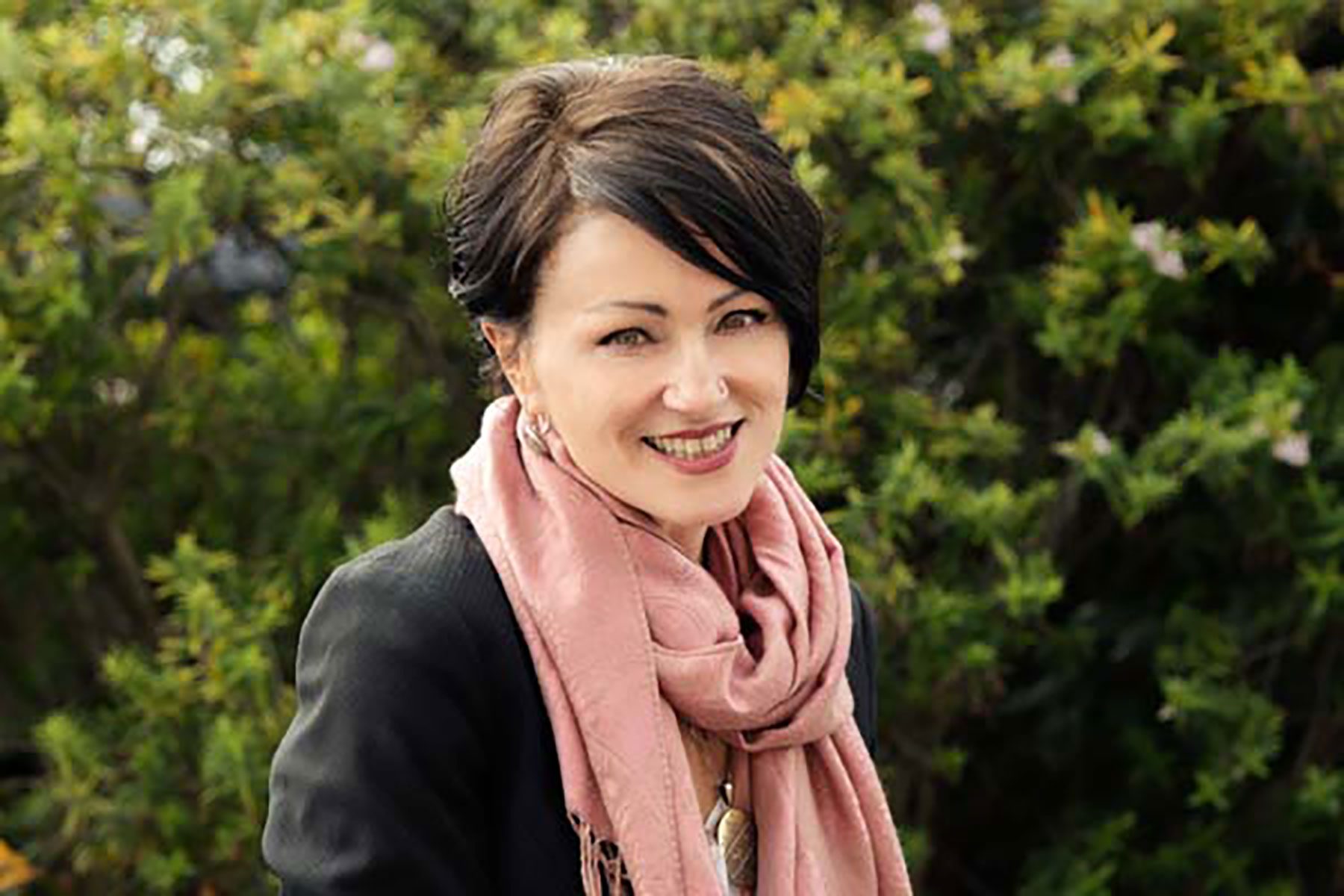 Janine is Waikato born and bred, and although she didn’t grow up on a farm she has spent a lot of her childhood on family farms.

She started in print media firstly working for the NZ Herald and from there went to the Waikato Times until she left to have her first son. After a few years working in other industries, she returned to the media world but this time into the agricultural scene – and loved it.

Janine has been in agri-media most of her career since. She was always very impressed with Dairy Exporter and Country-Wide magazines – and says it is such a privilege to now be working for the company that publishes them..

She lives just outside Cambridge on some acres and now has two grown sons – one in IT/Media and one a builder so always lots of excuses to get them helping her! Life is busy with extended family, gardens and a continual list of projects that never seems to end – just how she likes life to be!’ 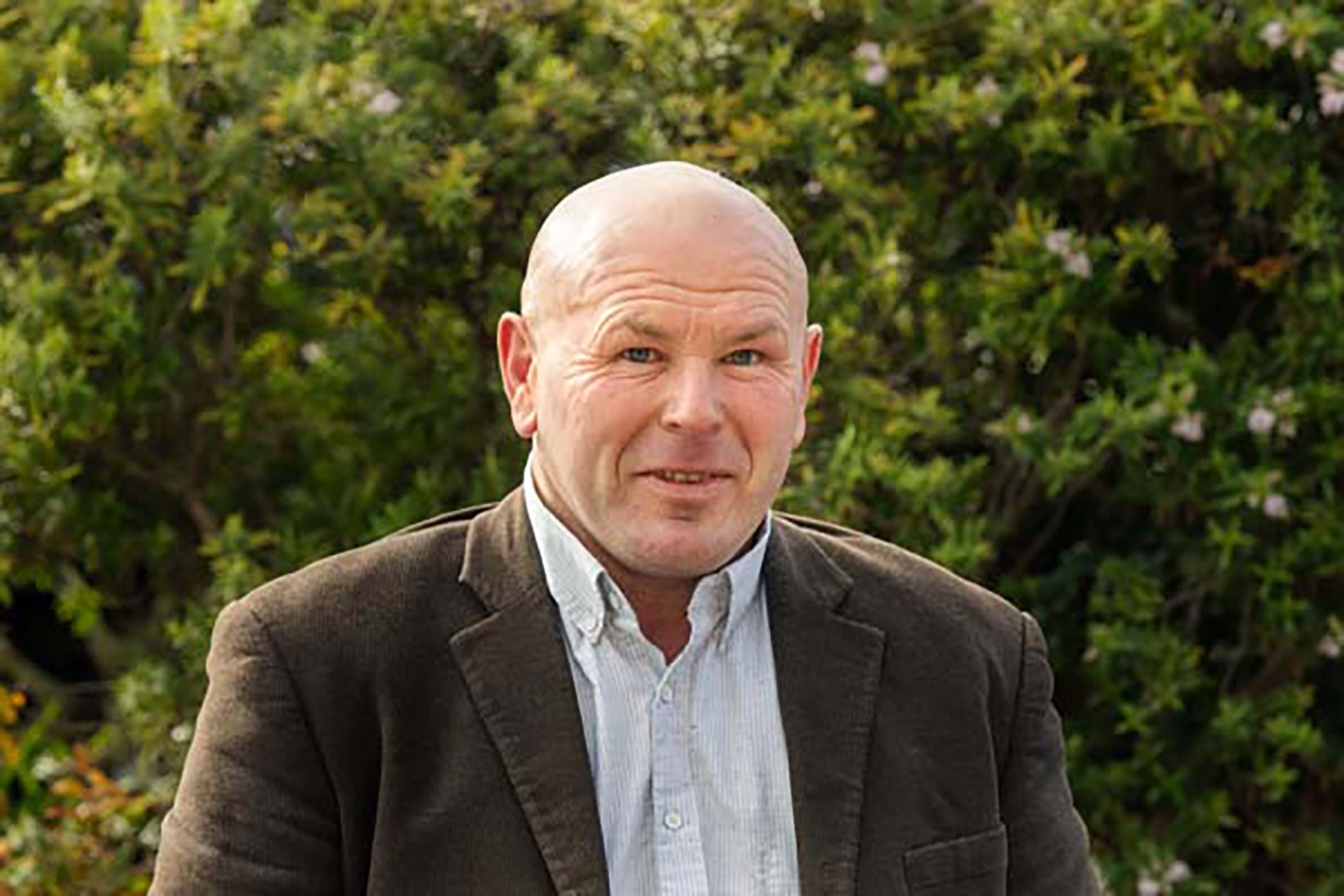 David comes to agribusiness media from a background in sheep and beef farming at Marokopa in the King Country. While getting back to the hills, rivers and sea of the coastal King Country as much as possible, the South Island is now home.

David has been based in Christchurch for 18 years and spent 15 years in rural media after getting a degree in arts. His activities outside of work are outrigger canoeing and trout fishing.
After starting as a agricultural journalist he then had 10 years with NZX Agri as their South Island account manager.

After taking a year out to do some post-earthquake housing development projects, David took up a part-time role with NZ Farm Life Media which then developed into a full-time role as South Island and Wellington Partnerships Manager since June 2018.

He says working on the Dairy Exporter, Country-Wide and Young Country brands is fantastic. He loves being involved in NZ agriculture and the magazines. 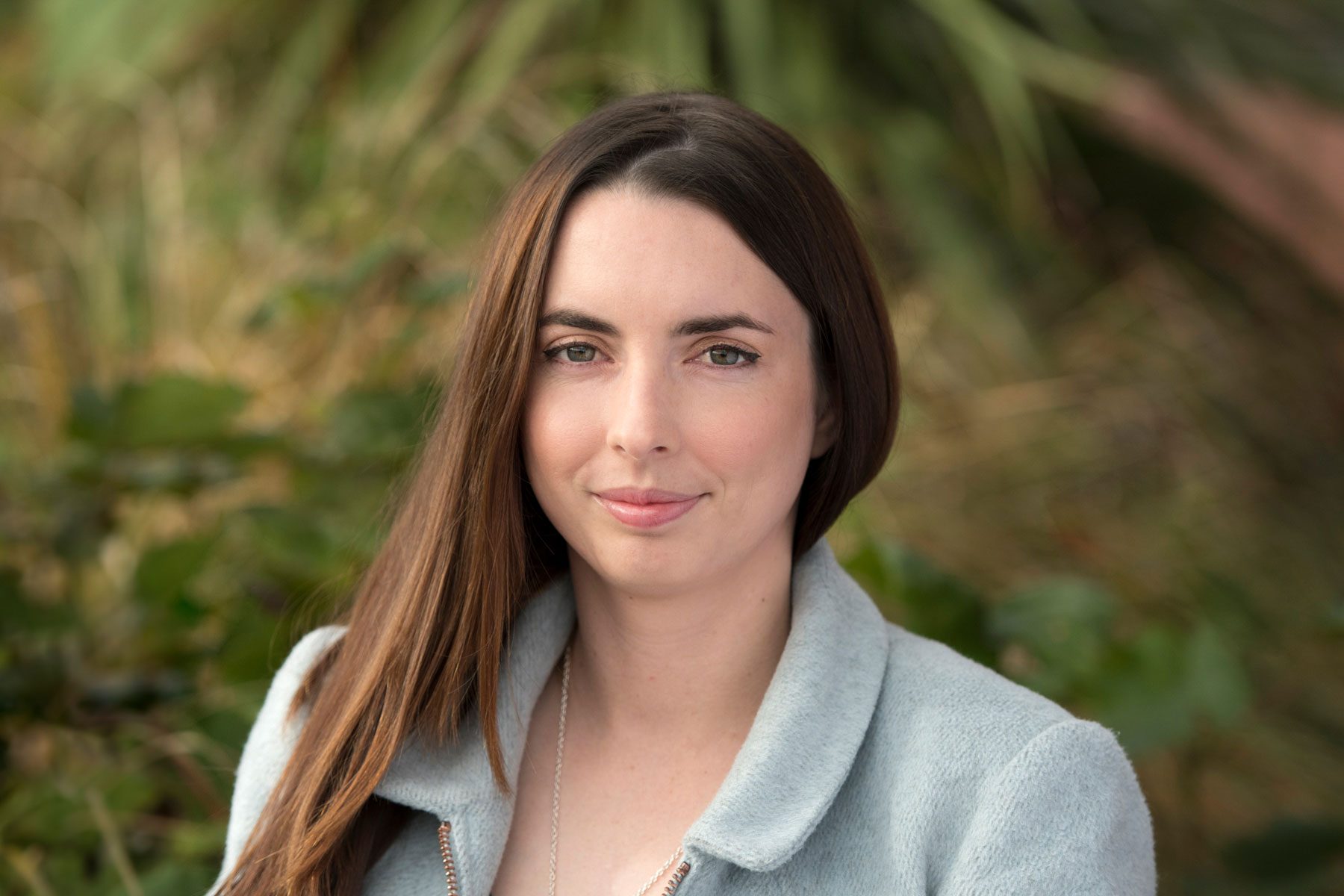 Cassandra was entrusted with all the Christmas duties as her first task for NZ Farm Life Media. She thoroughly enjoyed photoshopping Santa hats and tinsel on farm animals and secretly wished it was Xmas all year round.

She is now sharing the design of both magazines as well as ensuring our advertising material is received on time and ready for printing.

Outside of work, Cassandra entertains herself by going on bush walks, reading or checking out some local theatre. 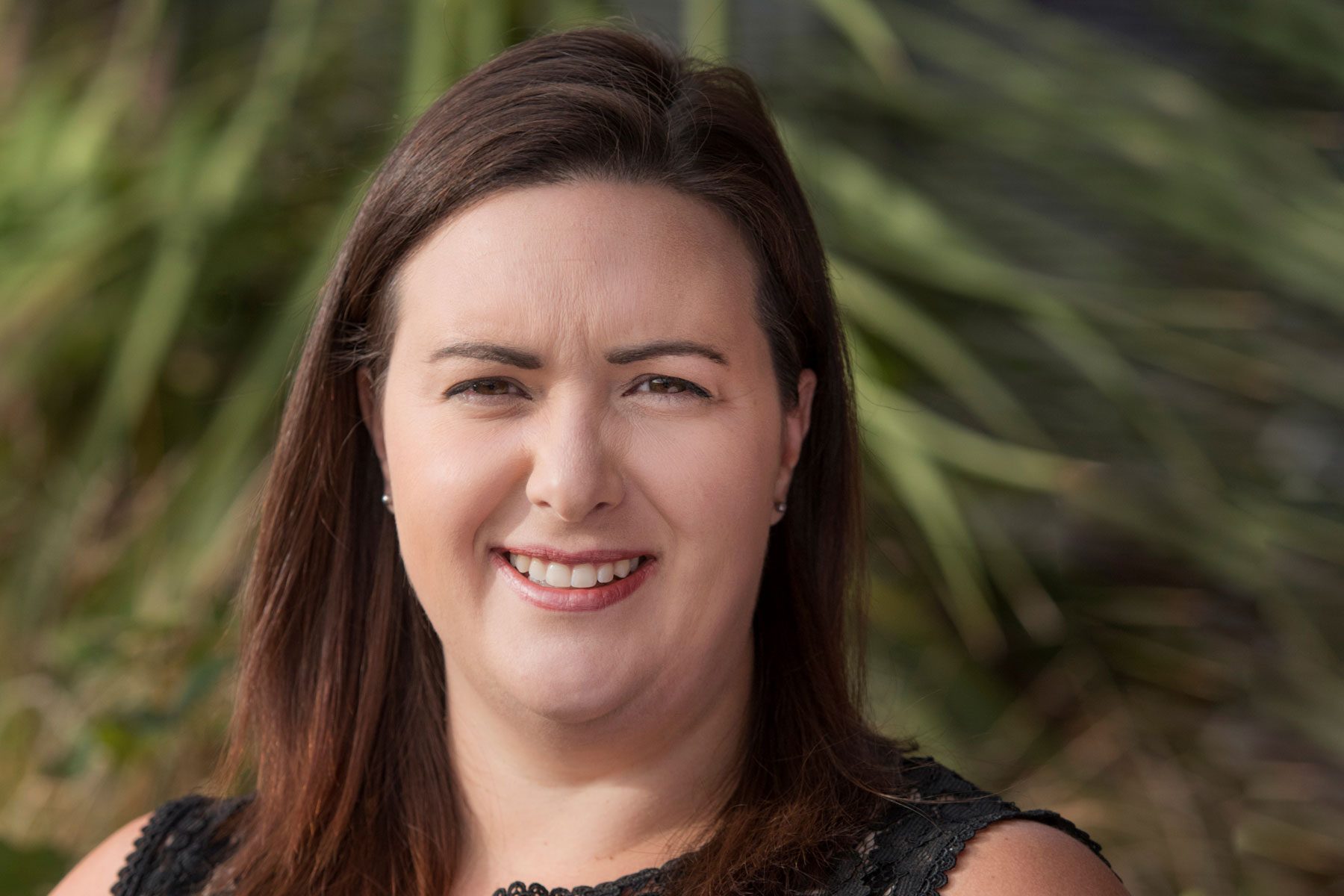 Liz joined NZ Farm Life Media in February 2018. You’ll typically get her on the end of the phone if you call the office for subscription or accounts queries. "I enjoy working with the close-knit team who are all very passionate about their contribution to the business – something that I believe helps make this business successful and respected in the industry".

Outside of work her interests include gardening, reading and learning to cook different cuisines. Liz also enjoys watching mostorsport, the Virgin Australia (V8) Supercars in particular. 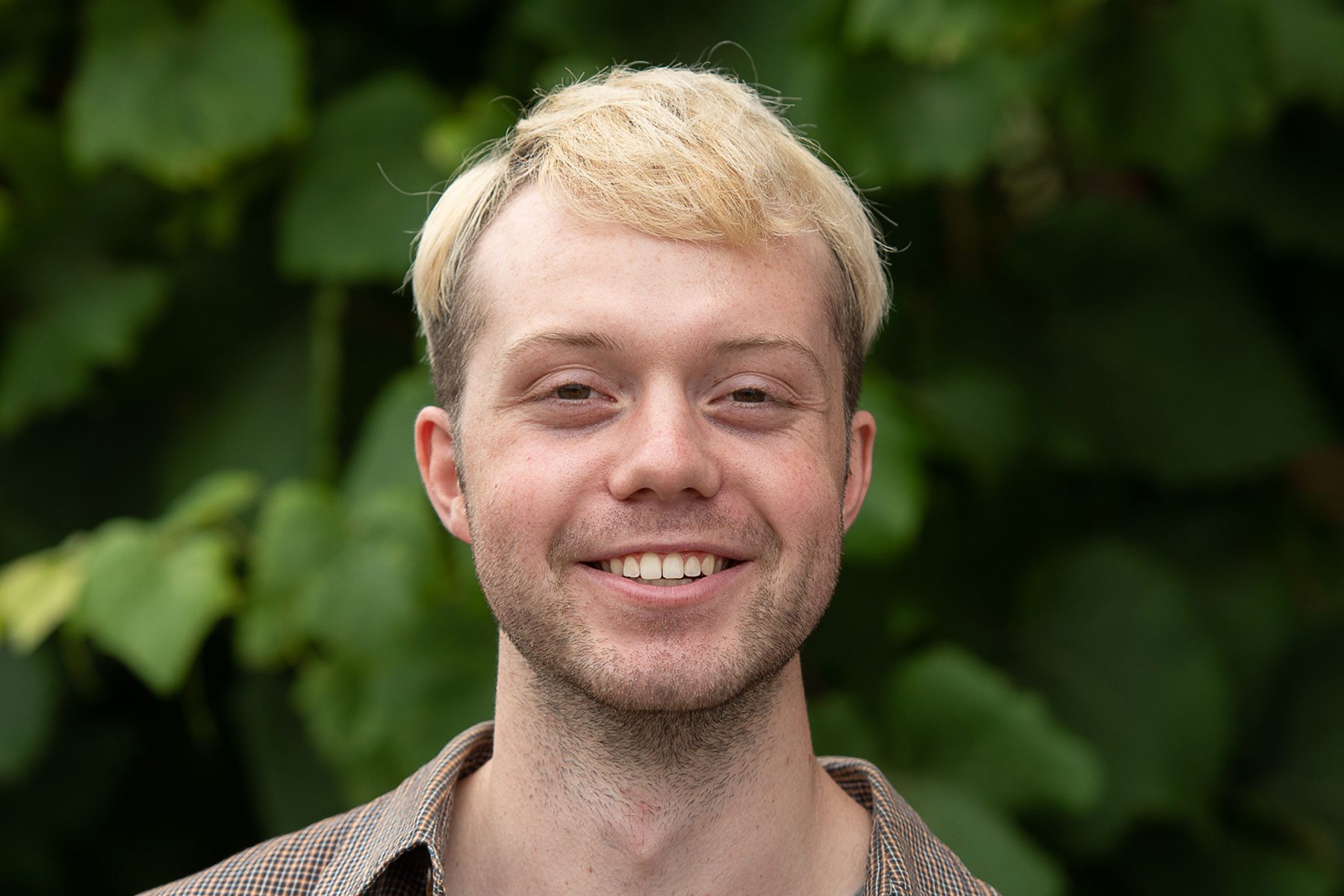 Charlie is a recent graduate of Massey University where he gained an undergraduate degree in Communications (Marketing). He has always lived in the Manawatu region, having grown up on a substantial dairy farm outside of Foxton. His passion lies with writing – if you’re lucky you might find an opinion piece he’s written for a local community newspaper or performing his work at local open mic nights.

Alongside running NZ Farm Life Media’s social media pages, Charlie assists with subscriptions and the making of podcasts, writes occasionally for Young Country and masquerades as Tony at book launches when needed.