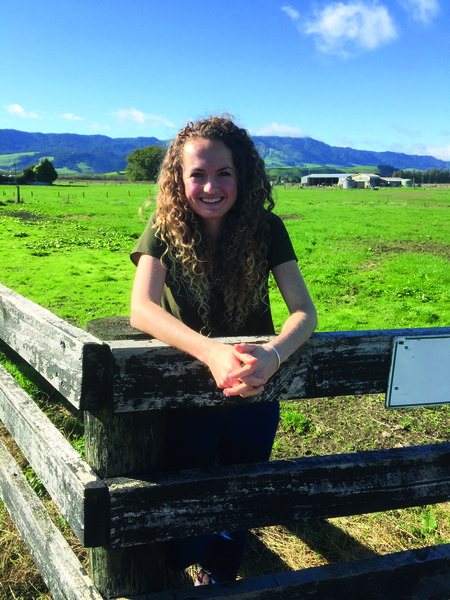 Policy-makers will make a substantial impact on agriculture in the future and Beth Hampton is passionate about being involved.

Policy can’t be written on a wave of emotion, but based on science and evidence to solve the problem it sets out to tackle, she says.

“We have to make sure we are addressing the real problem and its causes with the solution, rather than just doing something to create the illusion you’re doing so.

“It has to be economically and environmentally sustainable, and we have to think about the trade-offs from our decisions long-term.”

Any policy changes need to be well-implemented, then monitored and reviewed to ensure the policy is working, she says.

For example, in 10 or 20 years there will need to be a review of current regional council policies being put in place to restrict environmental impact of agriculture.

“We will be looking at what has this regulation done, has it been effective, has it achieved the stated goals? That will all be really interesting to see if it has had the desired effect and at what cost.”

Beth, 22, grew up in Matamata and studied a Bachelor of Science at Waikato University, with a double major in environmental science and agribusiness. She is studying part time toward a Masters of Public Policy through Victoria University while working as a research assistant for the Environmental Protection Agency.

She didn’t have an agricultural background but after taking a sustainable agriculture paper at university her interest was sparked.

She is now passionate about being involved in environmental and agriculture policy and believes the next two decades are going to be big turning points for New Zealand.

“The future is going to be fascinating. It’s going to be a very exciting space to be in. I love the analysis of it all and delving down into the details and contention, and figuring out what the underlying motives and messages are.

“I want to be in the environmental and agricultural policy space, and be there where there is a dialogue between producers, consumers and also at the policy and government level. So often people misinterpret each other.”

Beth’s job involves a lot of literature review and she wishes more people took the time to read the facts and data behind the headlines.

“Fake news and half-truths are everywhere – people need to go back and look at the facts and the source.

“Sometimes it’s easy to passively take in information – go another click and read the data behind it and see if it’s actually correct.”

Beth won a DairyNZ scholarship during her studies and worked for a summer at DairyNZ with the policy and advocacy team, during which time she saw first-hand the messages portrayed in the media.

Certain groups have been successful at creating a negative narrative around agriculture in NZ, but it’s not necessarily reflective of the actual situation, she says.

The industry must frame data and compellingly deliver the message accurately, and society equally needs to go back to the facts and consider the whole picture, she says.

“People are getting the wrong, or an incomplete, idea about the sector. For example, the OECD Environmental Performance review last year highlighted NZ’s nitrogen balance had worsened more than in any other OECD member country. But looking at the data behind that statement, you see that the N balance for NZ is 49kg per hectare, which is better than Ireland, where it is 50kg, or the OECD average, which is 63kg – not to mention the United Kingdom and the Netherlands, which had balances of 97kg and 204kg, respectively.

“So while we do need to be aware of the declining trend, we need to keep in mind our starting point, and that comparing percentage changes can sometimes be a bit misleading.”

Beth was selected to go to Brussels last year to attend the Belgian Youth Ag Summit, sponsored by Bayer.

She attended the five-day summit with 100 delegates from 46 countries after being selected from 1200 applications in a worldwide essay competition.

The summit theme was ‘Feeding a hungry planet’ and Beth focused on food waste. The Food and Agricultural Organisation of the United Nations estimates the amount of food wasted each year largely exceeds the requirements of the 795 million people currently food insecure.

The amount of food wasted in developing and industrialised nations is similar, however the source or cause of it is different, she says.

Beth is fascinated with the rate of technological development and to see what agricultural practices will look like in the next 10-20 years.

“Genetic technologies, and especially the potential in gene-editing, represent a real opportunity both off and onfarm. Many of the alternative proteins on the market, such as the Impossible Burger, already take advantage of technology to be able to produce their products. And there’s a lot of potential for these technologies to contribute to maintaining the trajectory we’ve had in the past with regards to rate of yield increases and other efficiency gains”.

The main message she took from the Ag Summit was how important it was for policy to be science and evidence-based, and that bridging the gap between science and society would be an important part of improving thepublic perception of agriculture.

A lot of people at the summit were interested in the policy space, particularly in the developing countries, she says.

“They were interested in the impact that policy could have on regional and rural areas, and the need for it to come from the top down and be well implemented. This sounds similar to us, but what some meant by this was that money and resources had a disappointing habit of disappearing before it actually reached those it had – on-paper anyway – been earmarked for.”

The trip also made her aware of how highly regarded NZ and its products are held.

“There is a lot of emphasis on placing trust in the producer for food safety, that’s why there is such a big appetite for NZ products.”

Alongside work and study, Beth also belongs to the Wellington City NZ Young Farmers where she has been enjoying being part of their debating team.

The Parliamentary Commissioner for the Environment has announced it will be looking into the environmental impact of tourism, which will be an interesting report to add to the national discussion in the future, she says.