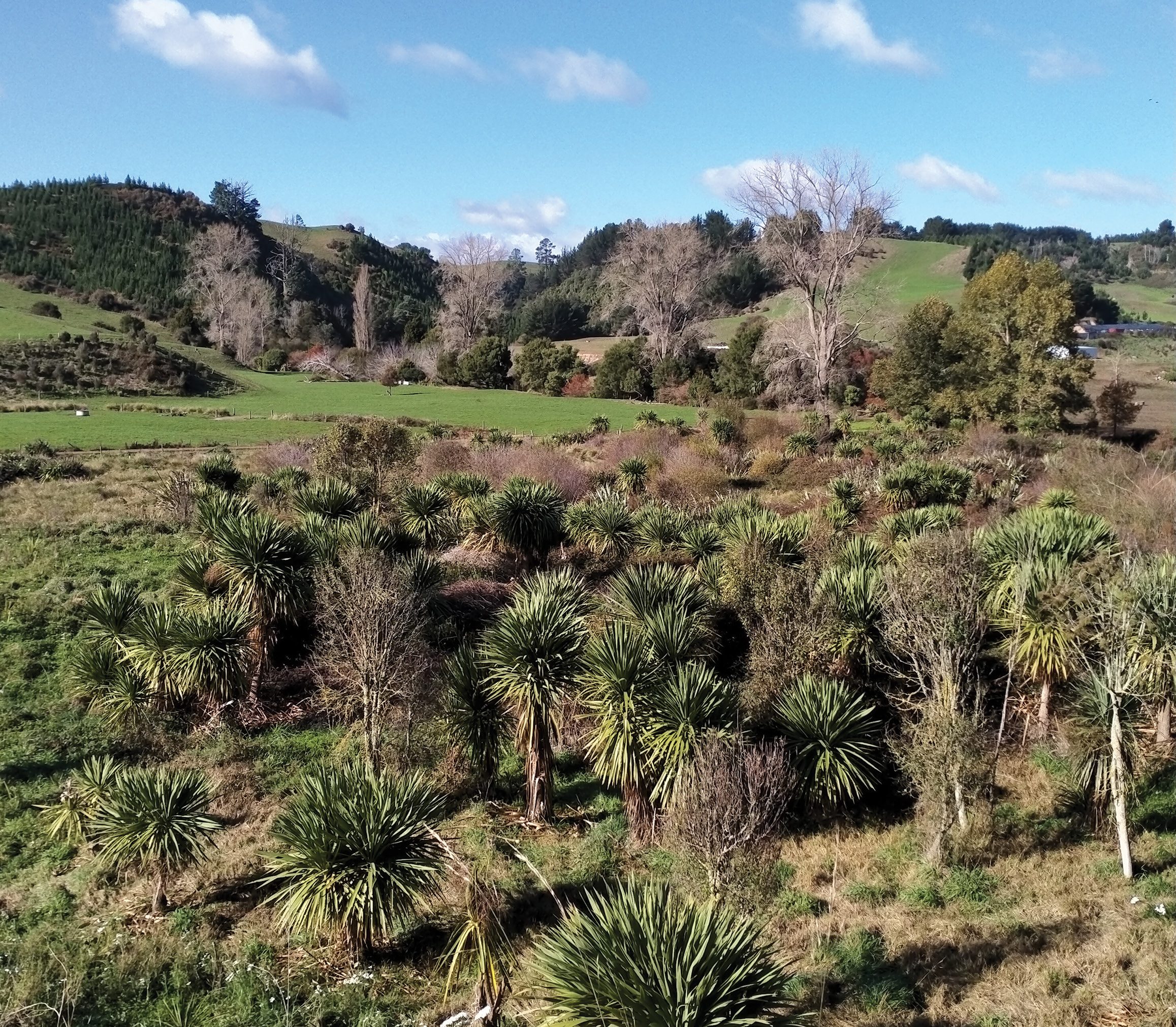 After two years in the planning, the Baldwins’ Wetland open day was showcased on a sunny, breezy day on a hilltop, overlooking the wetland on their System 5, 713-hectare dairy farm on Lichfield Road, near Putaruru. Joe Kaponga from Raukawa Iwi welcomed guests and sponsors to the whenua with a karakia.

“It’s a taonga within the land that we have,” Gray Baldwin says.

Seven years ago, the process began to return this treasured area into a wetland. The 0.85ha wetland captures runoff from 85ha of surrounding farmland, including natural seepage gullies, and the central race.

The river catchment is Ngutuwera Stream, in the Pokaiwhenua/Karapiro catchment.

Through the project, their wetlands and others onfarm have been used to create a set of national guidelines for wetland plantings, produced by DairyNZ entitled ‘Wetland Practitioner Guide’.

The family onfarm labour is divided into three parts: son Joel running the cows, Gray the maize, and Marilyn the calves.

“There was a bit of a debate around how much dirt we had to shift at the beginning,” Gray says. “The biggest and most important expense was getting it level, because you don’t want a ditch the water just disappears into. We had it laser-levelled with a digger like they do on building sites, it had to be perfectly level as the water has to spread out.”

Four ground monitoring wells or piezometers measure ground water as there was more water leaving the wetlands than entering itdue to groundwater. The measurements also take into account evaporation and transpiration from the plants, and rain, and when they take those variables into account the loads in and out can be accurately measured.

Joel Baldwin says it takes time and maintenance to keep persistent weed plants out, such as blackberry and willow.

“We have to constantly keep on top of it to keep it functioning, drained and cleared to make sure water is flowing.

“It takes time, it takes money, and you need staff. We spend a lot of time down there – we just planted 1500 cabbage trees in the last couple of months.”

Staff consists of the Baldwins, two farm assistants and a 2IC.

The family propagated all the amenity plantings in their own nursery.

“The cabbage trees are on the periphery – but the action is right in the middle where the carex, sedges and rushes are.”

DairyNZ general manager for sustainable dairy David Burger commented that the wetland is a successful project and something they can be very proud of.

“A lot of people like the ‘idea’ of a new challenge but they don’t want to be the first to do it, but the Baldwins’ grabbed the opportunity and ran with it.”

The past seven years have certainly held their share of challenges. In the first year a flood took out topsoil, and after that they had several years of drought to contend with.

James Sukias, wastewater scientist from NIWA, described how the project was monitored.

“The flow was measured via v-notch weirs. As water comes over them, the height of the water that goes through is measured and samples of the water quality going in and going out shows the amount of nutrient removal.”

That monitoring showed it removes about 60% of nitrogen (N), 70% of sediment and 20% of phosphorus (P) from the water it receives. Microbial denitrification is the key process by which nitrogen (N) is removed in well-established wetlands.

The real time sensors monitor flows, which optimise wetlands to maximise the treatment. Accurate measuring systems are needed for farmers and regulators to get the credit for the reductions as part of Overseer budget and nutrient removal.

The project has also seen an increase in the biodiversity in the area of the farm where the wetland is located. Frogs, birds, and insects such as katydids have appeared, and the wildlife includes pied stilts which hadn’t been seen for two decades.

“The biodiversity is also good for staff morale, especially in this era of droughts, floods and plagues,” Gray says.

DOC plans to include the Baldwins’ wetlands on a track running through Lichfield, down to Horahora, and Enviroschools will be visiting the wetlands. Raukawa Iwi also want to enable cultural access. All this will promote rural-urban relations and shine a spotlight on positive actions dairy farmers are implementing.

At one point, Marilyn pondered if they might not have bitten off more than they could chew. Now though, her dream is to have a boardwalk built through the wetlands – something she mentioned more than once. Watch that space in the future for the opportunity to get up close and personal for a closer inspection of the wetlands.

Alternatives to wetland planting were raised at the end of the field day. As a lot of work and expense goes into establishing a wetland, why not simply dam a suitable area to create a cost-effective ‘natural’ wetland, experts were asked?

The response was that if you allow natural revegetation in areas to develop you will get a lot of grasses and weed matter, which will give you some nutrient removal, but they are inclined to die back more than wetland plants and leak more nutrients out. To be successful and get the best results you need to clear the weeds out and plant it. You can enhance naturally occurring wet areas by planting – sometimes they were once wetlands and have been drained.

Gray Baldwin, in his introduction, announced that he killed the ‘four sacred cows’ of dairy farming in New Zealand.

1 Pasture is unreliable due to floods, droughts and climate change – especially with their rolling/steep Lichfield location, so their system 5 farm focuses on the feed pad and inshed feeding. Feedpad: 6kg maize, 6kg grass silage, Inshed feeding 3kg in shed, canola, tapioca, DDGs Total:15kg drymatter. The drymatter is achievable and affordable due to the 200ha maize-producing land onfarm. Feedpad rations are reduced in October when the grass growth kicks in, but Gray is cautious as the herd’s rumen bugs get used to the grass again and then by summer – there goes the grass due to the dry conditions.

3 Once-a-day milking is both productive and profitable – producing 395-400kg milksolids (MS)/cow/year for Miraka. Baldwins don’t breed their own replacements, instead using LIC Wagyu genetics. They do have a ‘cash calf’ though, as they put Wagyu over the Jersey herd to produce around 600 Wagyu beef calves, onselling 80% at 10 days or weaned to 90kg. A chef Marilyn spoke to says he prefers the Jersey Wagyu mix for the marbling and the yellow fat it produces.