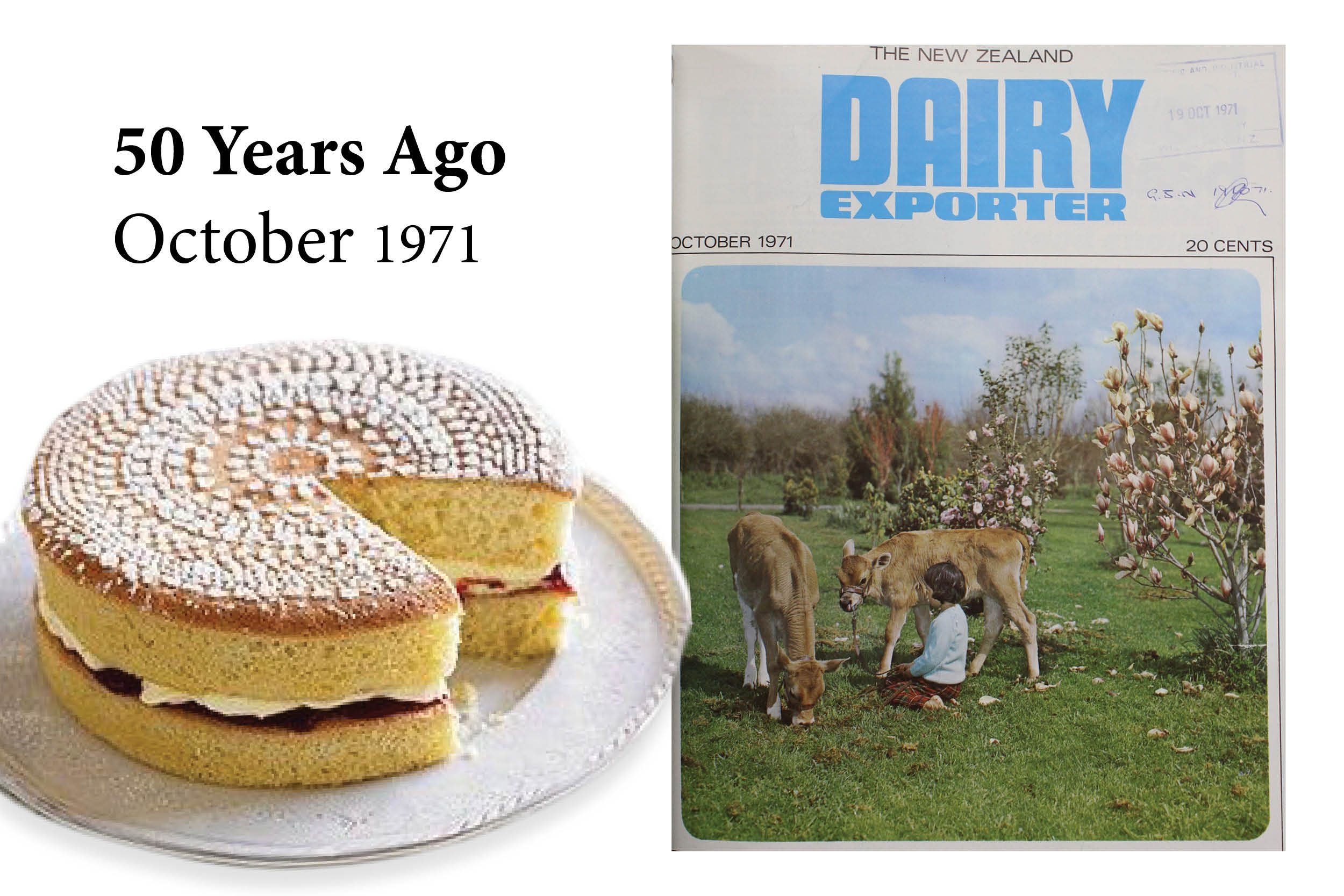 As NZ Dairy Exporter counts down to its centenary in 2025, we look back at the issues of earlier decades. 50 Years Ago – October 1971.

Green feed maize as a counter to drought conditions is being increasingly considered by dairy farmers. In parts of New Zealand that have been regularly stricken by severe droughts, many herds prematurely dry off and production falls far short of the herd’s potential. Droughts usually start in December and last until March-April. Generally production is really suffering by mid-January.

I will use a 100-cow herd as an example to illustrate the value of maize. Assuming that in a good season or under irrigation conditions the herd could average 300 lb fat, in a drought it would do 240 lb fat, and in a drought with a crop of maize it would average 270 lb of fat per cow.

New Zealand has begun factory production of a traditional-type Gouda cheese for Japan. The Wairarapa Dairy Company’s factory at Greytown has been converted for exclusive manufacture of Gouda in a project regarded as a “breakthrough” for the industry.

Gouda is an important ingredient in Japanese processed cheese. Japan draws heavily at present on several European countries for its supply of Gouda, and there must be hope that the Greytown production signals a switch in interest that will become more pronounced over the years.

It could take on special significance if Britain enters the EEC and our cheese market there has to be run down.

DAIRY BOARD TO OPEN U.S. OFFICE

The Dairy Board is to establish a wholly owned subsidiary company in the United States. Announcing the decision, the Chairman, Mr F. L. Onion, said that the new company would be an agent of the Board, but not to the exclusion of the present United States agents, Western Dairy Products Ltd and A. J. Mills and Co. Ltd.

“The new company, which will be based in Chicago, will provide a channel of direct association and technical liaison with the United States dairy processing industry,” said Mr Onion.

“With the likelihood of marked changes in the pattern of the international dairy trade, irrespective of whether Britain enters the Common Market, the Board is convinced that this development is necessary, extending an arm of the Board’s direct operations into the American scene.”

Beat egg whites until stiff, add yolks
and beat again, adding the sugar also. Sift in the flour and baking powder and add gradually the butter, which has been dissolved in hot water.

Stir only sufficiently to blend the ingredients. Use two 7 inch tins and bake 15 minutes at 350 – 400 degrees – Nelly Kelly.

Thanks to the Hocken Library, Dunedin.